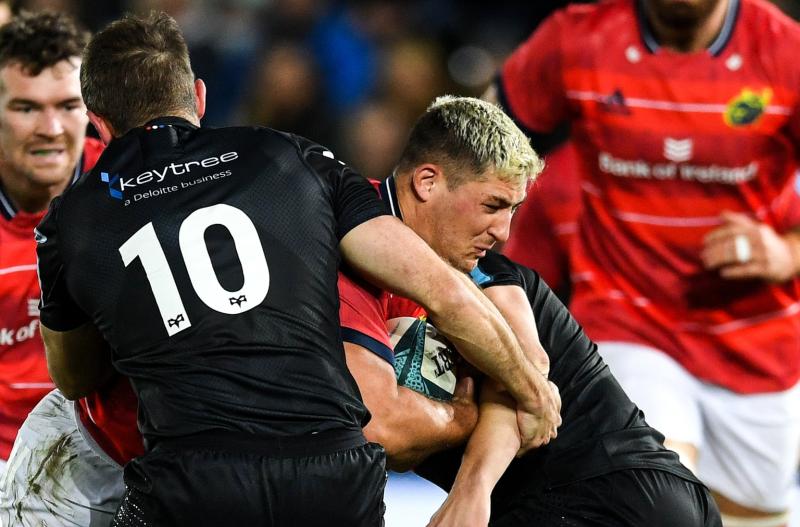 Munster Rugby have named their team for Saturday night’s URC round 18 clash against Leinster at the Aviva Stadium (7.15pm, live on TG4).

UCC's Jack O’Donoghue captains Munster with four changes to the side that faced Toulouse in the Champions Cup quarter-final.

Thomas Ahern, Andrew Conway, Dan Goggin and John Ryan all come into the side and a positional switch sees Fineen Wycherley move to the back row.

Mike Haley starts at full-back, Conway returns from a knee injury for his first Munster appearance since January on the right wing and Keith Earls moves to the left wing.

Goggin and Chris Farrell start together in midfield with the half-back partnership of Conor Murray and Joey Carbery unchanged.

Josh Wycherley, Niall Scannell and Ryan pack down in the front row with Jean Kleyn and Ahern in the engine room.

In player news, Stephen Archer was unavailable due to illness.