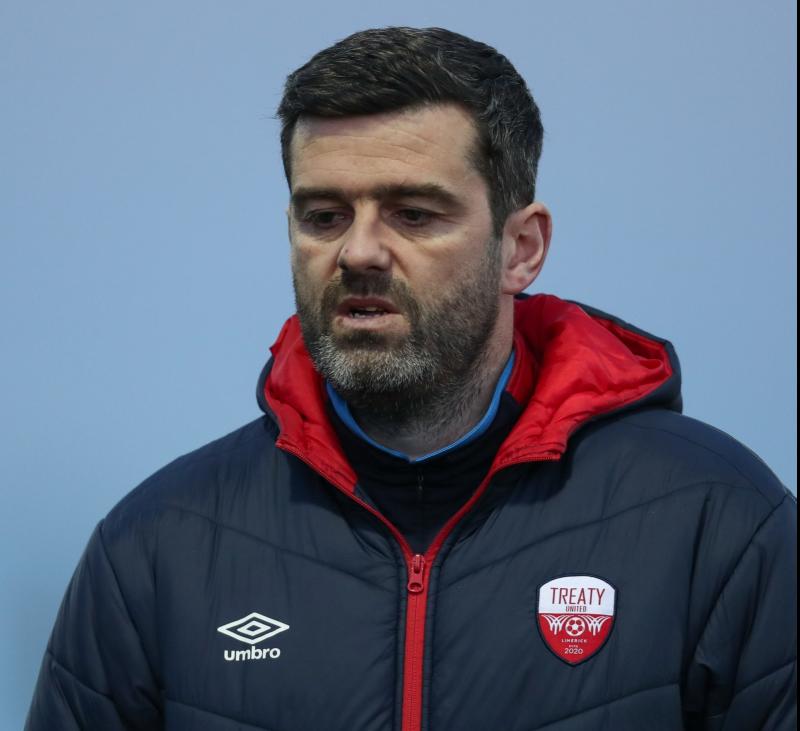 TREATY UNITED played out their second scoreless draw with Longford Town in the space of three weeks as the deadlock failed to be broken in a dull affair in the SSE Airtricity League First Division at the Markets Field on Monday night.

The first meeting between these sides was incredibly cagey and given that Tommy Barrett has seen his side eight times in the three league games since, it was absolutely no surprise to see them return to a more conservative approach here.

And with the league now distinctly in three subdivisions – the top four, the three chasing fifth and the bottom two – these tests are far more about taking anything at all for Treaty rather than requiring victory.

In theory, if they just win the games they should win according to the league table, they’ll be in the playoffs. Longford are not one of those, if you’re to subscribe to that logic.

But being as lethargic as they have been in recent weeks is no great dress rehearsal for the bigger games ahead if they should secure them.

Anto O’Donnell and Sean McSweeney might have offered very different things last year in terms of skillset, but they offered the most important thing in unison – a viable path up the pitch.

Joe Gorman can man-mark anyone in the division, but he can’t link up with midfielders with the same panache as O’Donnell did. And Sean McSweeney was the central link to create for strikers last year.

With that gone, the focus on set pieces and early crosses into the box are making these games somewhat predictable.

And you’d struggle to find anyone in attendance to disagree based on the first half of this encounter.

But Tommy Barrett has lamented injuries in recent weeks and perhaps he has a case, as it took until Joel Coustrain came on – ten minutes from time – for the hosts to find a spark.

The problem being that the spark was little more than a dying ember, and the game got the final result the occasion suggested it deserved.