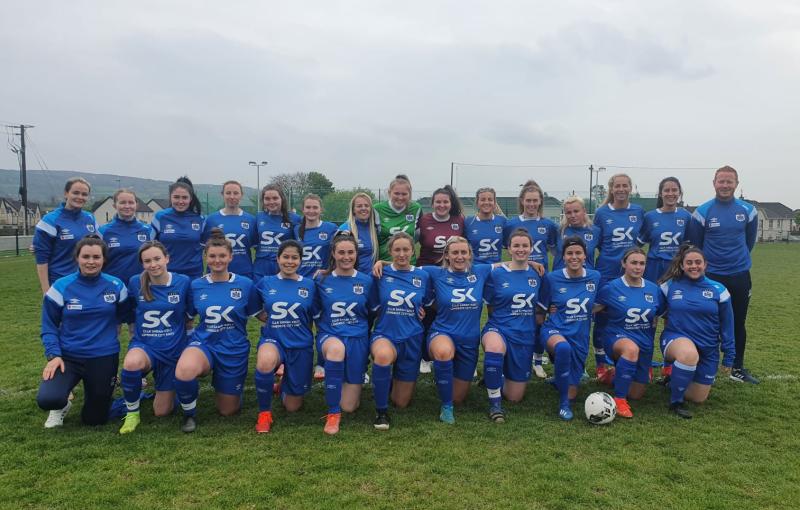 Ahead of the opening round of the 2022 FAI Angela Hearst Competition, Limerick knew going into this game that a win was a must first and foremost and second was the margin of the win required.

With Cork opening the competition with an 8-0 result against Clare, Limerick needed to better it and that they did. (Limerick Interleague 11 - Clare Interleague 0)

Right from the start Limerick settled well taking control of the game. Limerick went close on a few occasions, but it was Kilmallock's Mary Rose Hourigan who opened the scoring after 15 mins when a well delivered corner found its way to her at the back post.

Shortly after Ballylanders' Maire Condon doubled the advantage with a well worked individual effort before Chloe Kenna of Moyross made it 3-0 to Limerick midway through the half. Maire Condon added two more before half time, securing the Hat Trick, to leave it 5-0 to the visitors at the break.

Unfortunately early into the second half Limerick lost Maire Condon to an injury due to a collision with the Clare Goalkeeper. However with 55 Mins on the clock Limerick added a 6th through Shannon O'Gorman before Jade O Connor added the 7th and Mary Rose Hourigan doubled her tally on the 75th Min making it 8 nil.

Aishling Browne of Ballylanders hit the all-important 9th goal on the 82nd min with a 20-yard strike to the back of the net. Not willing to rest on that the Limerick ladies went in search of more goals Mary Rose Hourigan and one from Hayleigh Power who converted from the spot late on.

Speaking after the game Limerick Manger Andrew O'Halloran was pleased with the result. “We knew coming into the game what the task was” We needed to win and to better the Cork result” The manner in how we went about the task was very pleasing” The ladies never took the foot off the pedal and that is testiment to the commitment shown to date by this group".

Next up for the Limerick Interleague team is a home game against Cork May 22. (Venue to be confirmed) This is a winner takes all with both teams hoping to reach the Semi Finals, Limerick know that a draw will be enough to send them through.