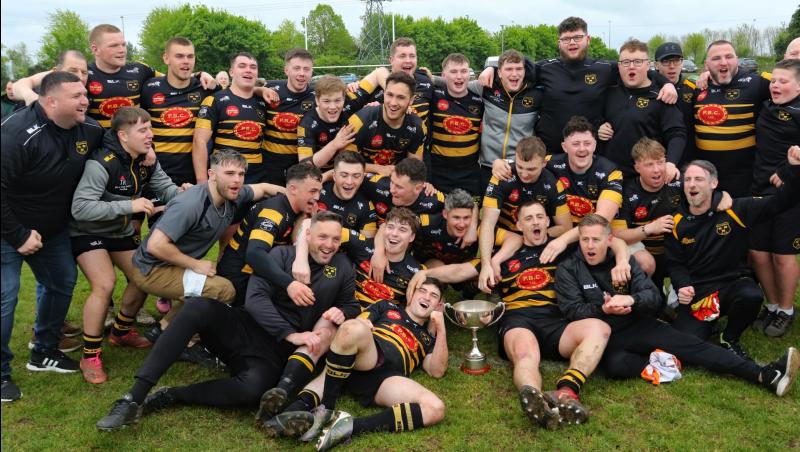 YOUNG Munster were crowned Munster Junior Cup champions after scoring a deserved 35-24 victory over a resilient Thomond side in their exciting all-Limerick final meeting at Takumi Park, Rosbrien, on Sunday afternoon.

Munsters' laid the foundation for their first Munster Junior Cup success in six years in the opening half of this season's decider after which the Clifford Park side held a significant 28-0 advantage.

To their credit, Thomond, looking to win the Cup for the first time since 1991, hit back strongly after the restart, scoring 19 unanswered points to haul themselves right back into the decider.

Mike McMahon opened their account with a try, which Adam Guerin converted, to make it, 7-28. Further Thomond tries followed from Eoghain Sherlock and Evan O'Connor to leave just nine points between the sides at 19-28.

However, any hopes Thomond held of pulling off a famous comeback in their bid to win an eighth Munster Junior Cup, ended when Munsters' struck for their fifth try of the final through Conor Moloney to make it 35-19

Thomond did have the final say from a scoring point of view, however, when Aaron Rice dotted down late on for the Fitzgerald Park side's fourth try of the afternoon.