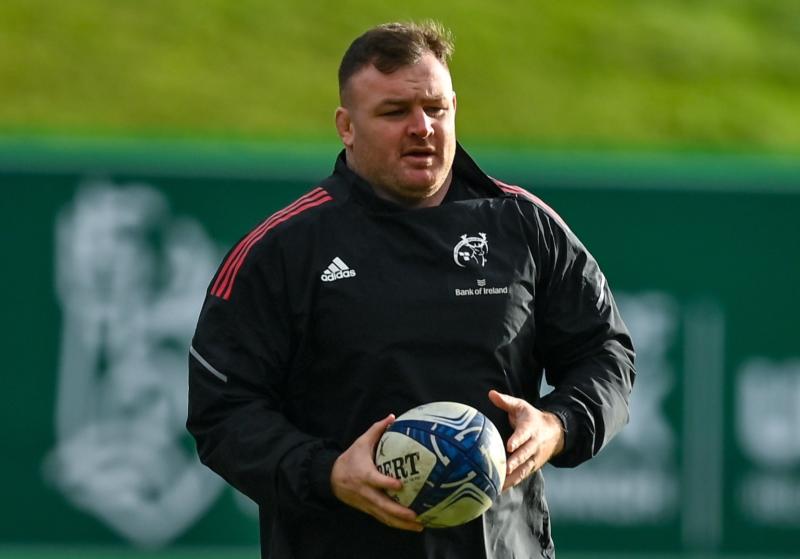 MUNSTER Rugby have been dealt a major injury blow ahead of crucial fixtures in both the United Rugby Championship and Heineken Champions Cup.

The province has confirmed that Ireland prop Dave Kilcoyne will go for surgery this week after a consultation with his specialist on a neck injury and will be out for up to 12 weeks.

The news is a major blow to Munster who have two games remaining in the URC regular season, beginning with Friday night's home fixture with Cardiff at Musgrave Park, 7.35pm, and then their glamour Heineken Champions Cup quarter-final clash with Toulouse at the Aviva Stadium on Saturday week.

The Munster squad returned to training at the High Performance Centre at UL on Monday ahead of Friday night’s URC tie with Welsh region Cardiff.

Munster report that back-row John Hodnett is awaiting a specialist opinion on the knee injury he suffered against Ulster on Friday night.

Another back-row Chris Cloete was removed with a neck and head injury in Belfast on Friday and will undergo the return to play protocols.

Niall Scannell is increasing his training exposure this week with a view to returning to full training either towards the end of the week or the start of next week.