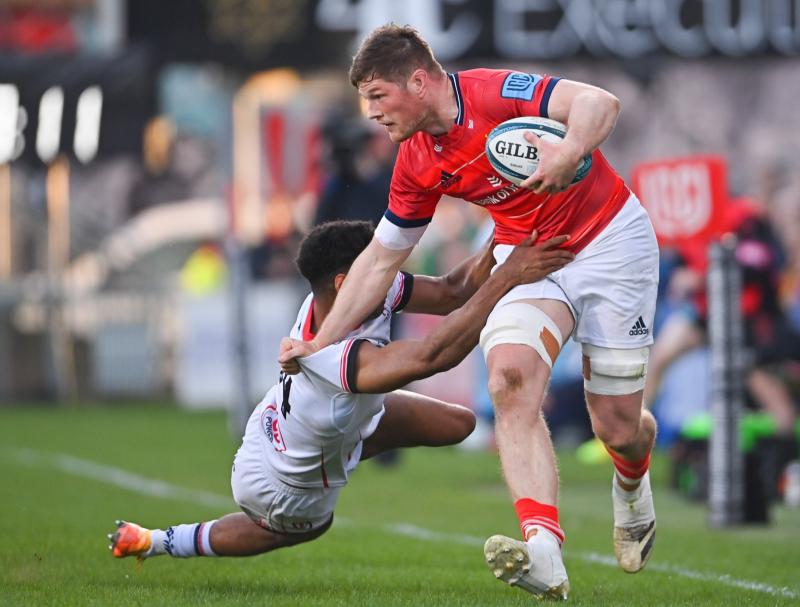 MUNSTER Rugby reported at the end of last week that more than 16,500 match tickets had been sold in less than 24 hours of going on sale for the province's glamour Heineken Champions Cup quarter-final clash with Toulouse at the Aviva Stadium.

Munster Rugby will face defending champions Toulouse at the Dublin venue on Saturday, May 7, at 3pm in the province’s 19th Champions Cup quarter-final.

Thomond Park is not available from early May with Ed Sheeran concerts already confirmed for Thursday, May 5 and Friday, May 6 and it is not feasible to play a game on the pitch for the immediate weeks following the concerts.

Tickets for the game have been available from €20 for adults and €10 for juniors since Thursday last.

Munster reported that over 16,500 tickets were sold for the last eight clash within the first 24-hours of going on sale.

€10 return buses are now available for supporters travelling to our #ChampionsCup quarter-final against Toulouse on Sat, May 7 (3pm).

Buses will depart from:

Meanwhile, Munster's next competitive fixture is a crucial URC meeting with Cardiff at Musgrave Park this Friday, 7.35pm.

Munster recorded their first win at Kingspan Stadium in six years when easing past Ulster in Belfast on Friday night.

Munster head coach Johann van Graan said: "We needed to back up last week's performance (against Exeter Chiefs). To come here to the Kingspan, they haven't lost here in the URC in a very long time. We have had some tough battles over the last five years against them. We respect them so much and what they have done.

"So to come away and back up what we did last week, we are really happy about that as a group."

"Look, all credit to JP (Ferreira, defence coach) and the players in terms of how they defended. We put our bodies on the line going down to 14 there for the last few minutes, Ulster kept the ball well, but, look, just very happy with the fact that we come away with four points.

"From our point of view obviously it is great that we have that the game against Toulouse in two weeks' time, but it's week by week. We have Cardiff next Friday night in Musgrave Park. There are a lot of sore bodies in there.

"We'll enjoy the win and start again on Monday."

Not that we're surprised, but it certainly stops us in our tracks when we see our fantastic supporters getting behind us time & time again