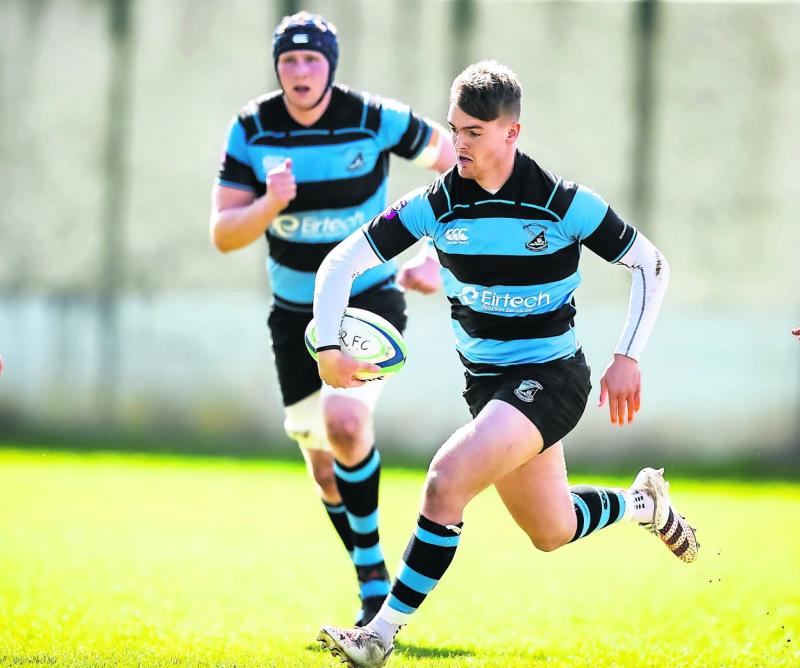 IN-FORM Shannon booked their place in the All-Ireland League Division 1B promotion final with a spirited 25-19 semi-final victory away to Highfield at Woodleigh Park on Saturday.

Standing in the way of the Parish side's return to Division 1A of the league will be Naas who edged past table toppers Old Wesley 37-36 in their nail-biting play-off fixture at Donnybrook.

The Division 1B promotion play-off final is due to be played on Thomond Park's back pitch on Saturday next, April 30, at 2.30pm.

Shannon have won each of their last seven AIL fixtures ahead of next weekend's promotion final.

Prior to kick-off at Woodleigh Park on Saturday, the Pat O'Connor-coached side had beaten Munster rivals Highfield 6-0 at Thomond Park in December and secured a 9-9 draw with the Leesiders the following month in their regular season fixtures.

Shannon and Highfield traded early penalties in their latest meeting at Woodleigh Park with Jake Flannery landing an early kick at goal for the visitors which was cancelled out by one from Shane O'Riordan for the hosts.

O'Riordan kicked Highfield in front at 6-3, before Shannon struck for their opening try of the contest on the 27th minute. The Parish side crossed their hosts whitewash off a expertly-executed maul with Jordan Prenderville awarded the touchdown.

Jake Flannery converted to help his side into a 10-6 lead.

The loudest rendition of The Isle in a very long time after today’s @IrishRugby #EnergiaAIL playoff semi final win over Highfield.

The see-saw nature of the scoring continued with Highfield hitting back with 10 unanswered points, as O'Riordan landed a penalty and then converted a try from Paddy O'Toole for 16-10.

Crucially, Shannon closed to within a point of their opponents, 16-15, at half-time, thanks to a try from Jack O'Donnell.

Visitors Shannon made the perfect start to the second half when Ronan Coffey struck for the Parish side's third try of an exciting contest. Flannery's successful conversion made it 22-16 to the Limerick side.

A 55th minute penalty from Jake Flannery eased Shannon two scores to the good at 25-16.

Highfield hit back with a 68th minute penalty to leave six points between the sides. However, Shannon maintained their advantage until full time to deservedly earn their place in next weekend's promotion final.