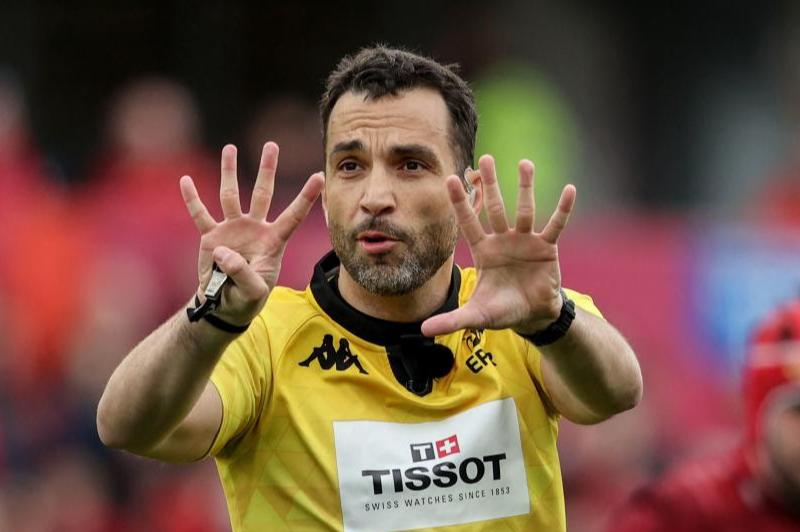 The clash of former winners, Munster Rugby, and current Heineken Champions Cup holders, Stade Toulousain, at the Aviva Stadium on Saturday, 7 May will be refereed by England’s Luke Pearce, while Mathieu Raynal of France has been appointed for the much-anticipated showdown between Leicester Tigers and Leinster Rugby at Mattioli Woods Welford Road on the same day.

Karl Dickson of England will be in charge of the head-to-head between last season’s finalists, Stade Rochelais, and Montpellier Hérault Rugby at Stade Marcel-Deflandre also on Saturday, 7 May, and the following day, Ireland’s Andrew Brace will be on the whistle for the last-eight contest between Racing 92 and Sale Sharks at Paris La Défense Arena.

The EPCR Challenge Cup quarter-finals get underway on Friday, 6 May with the Gloucester Rugby v Saracens tie at Kingsholm where Frank Murphy of Ireland will be in the middle, and then on Saturday, 7 May the matches pitting Edinburgh Rugby against Wasps, and Lyon against Glasgow Warriors will be refereed by France’s Pierre Brousset and Matthew Carley of England respectively.

Scotland’s Mike Adamson has been appointed for the Anglo-French confrontation between two-time EPCR Challenge Cup finalists, RC Toulon, and London Irish at Stade Félix Mayol on Sunday, 8 May.