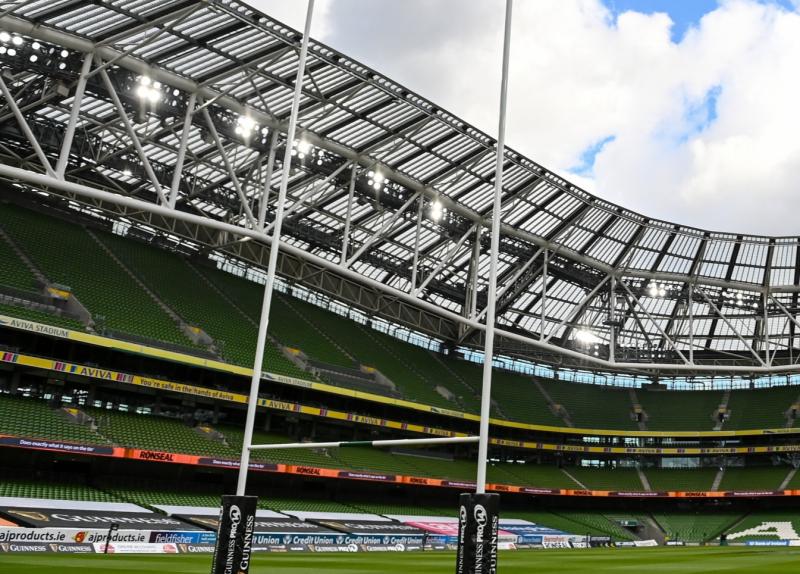 MUNSTER Rugby head coach Johann van Graan said the province is aligned on the decision to stage their Heineken Champions Cup quarter-final with Toulouse next month at the Aviva Stadium.

The last eight meeting of Munster and Champions Cup holders Toulouse is due to go ahead on the weekend of May 6 to 8.

Munster Rugby confirmed this week that Thomond Park is not available from early May with Ed Sheeran concerts already confirmed for Thursday, May 5 and Friday, May 6 and it is not feasible to play a game on the pitch for the immediate weeks following the concerts.

The post on the Munster Rugby website continued: "In following tournament rules, on securing a Round of 16 place, alternative venue options within the province were reviewed for the next stage of knock-out games should they have proved necessary.

"No other available venues within Munster meet the operational needs of delivering a Champions Cup quarter-final game."

Van Graan said they would have loved to have played the game at Thomond Park but, as a club, they were not going to embrace the staging of the game at the Aviva Stadium.

Speaking ahead of this Friday night's big United Rugby Championship fixture with Ulster at Kingspan Stadium, 7.35pm, Van Graan said: “We love to play at Thomond Park. Saturday evening was again an incredible European experience. Our supporters are always there. You just have to look at two weeks ago in Exeter, the way they turned up. That was magic on Saturday in Thomond Park.

“However, as a club, we are all aligned. This decision was taken two years back. We had to cut some big players from Munster Rugby because of budget constraints. We have staff redundancies so this decision was taken at a time where not only ourselves but a lot of people across rugby in the world had to make big decisions in terms of their future.

“So we’re going to embrace the Aviva, we’ve played there before. In terms of our supporters, they are fantastic. The ones that can be there, will be there. The ones that can’t make it will be with us. We’ve got a fantastic support base at Munster whether in the province, in Ireland, or all across the world.

“We certainly would have loved to have played at Thomond Park. but as a club we’re going to embrace the Aviva and the occasion of Munster versus Toulouse in a European quarter-final.”