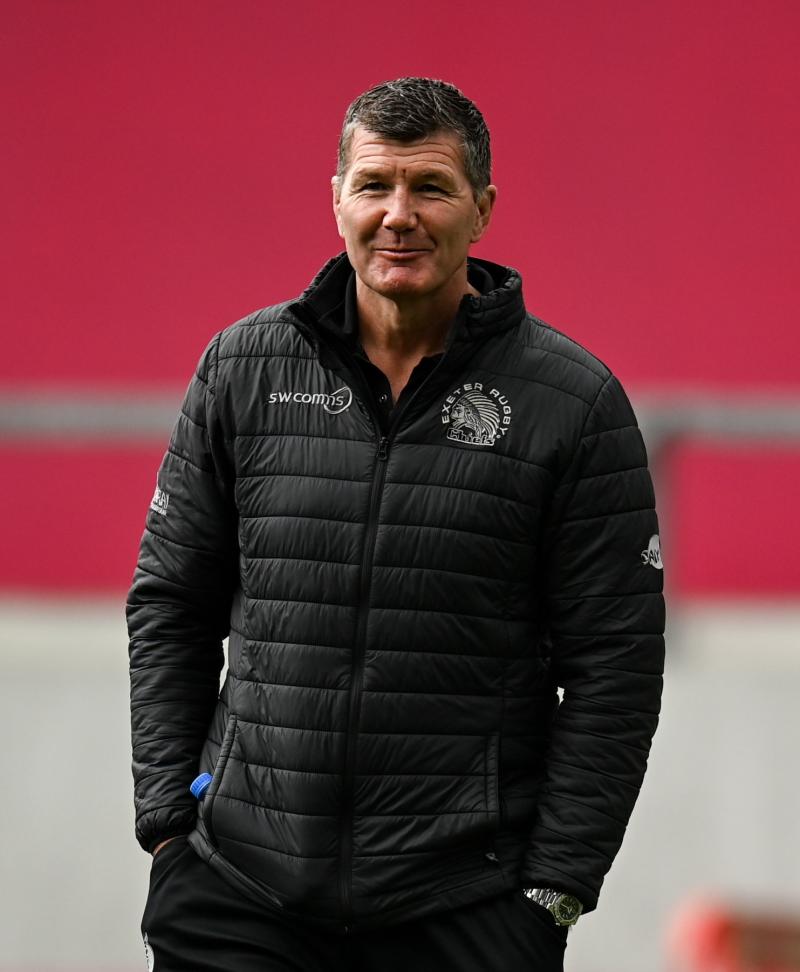 Although disappointed with the result, Baxter said the Exeter fans and supporters enjoyed coming to Limerick.

After the game, a gracious Baxter said: “Ah look, I think it’s a fantastic place to play rugby. I think outside of the result, and we’ve lost here twice now, our players and our supporters enjoy coming to the city and they enjoy the games. So from our perspective it’s a great place to play rugby. Obviously from everybody else’s perspective, everything changes.

“Munster are a little like us. Once you win things it’s never good enough to not win them again. I’m feeling that now. We won the Heineken Cup and it never feels good enough to not win it again. The same with Premierships, once you’ve won them it never feels good if you don’t win them again and that’s probably where Munster are.”