Munster Rugby's Johann van Graan: 'I told Joey Carbery today was the day to lead us through' 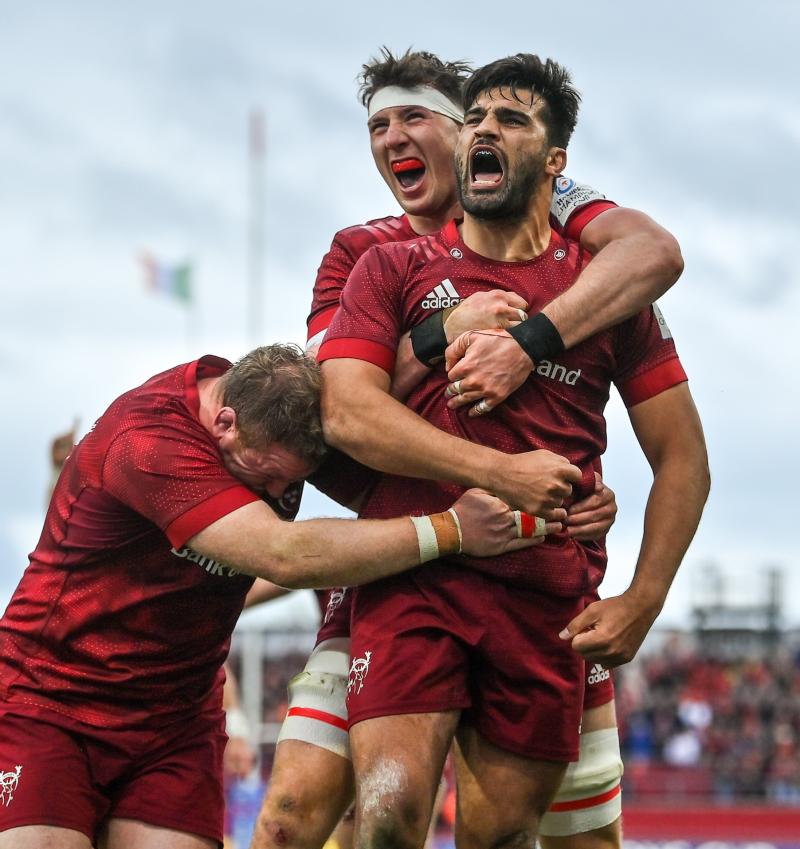 An official attendance of 21,133 turned out to watch Munster overturn their five point first leg deficit in securing a hard fought 26-10 win over the Premiership side in Limerick.

Munster's fit-again captain Peter O'Mahony was awarded the Man of the Match accolade, but it wasn't until a 74th minute try from South African centre Damian de Allande that Munster could be sure of progressing to a last eight meeting with either Ulster or Toulouse.

Afterwards van Graan, who leaves Munster this summer for Bath, said: "Two very proud clubs going at each other, a very unique experience over two legs, but the 16th man pulled us through today.

"We as a group said that to claw back the five-point difference would be massive, and the fact that we were unbeaten in the pool stage meant we were always going to finish here at Thomond Park. We banked on the crowd and they were phenomenal today."

The pass from @SimonZebo & the finish from Damian de Allende (@Doogz)

"He certainly responded, not only with his kicking, but the try he scored. He's a phenomenal man, he's been through a lot, but he's led us to victory from a 10 perspective.

"On that note, all 23 players gave it their all, I know Ben Healy didn't get on the pitch, but in terms of being all-in, we were 23 guys."