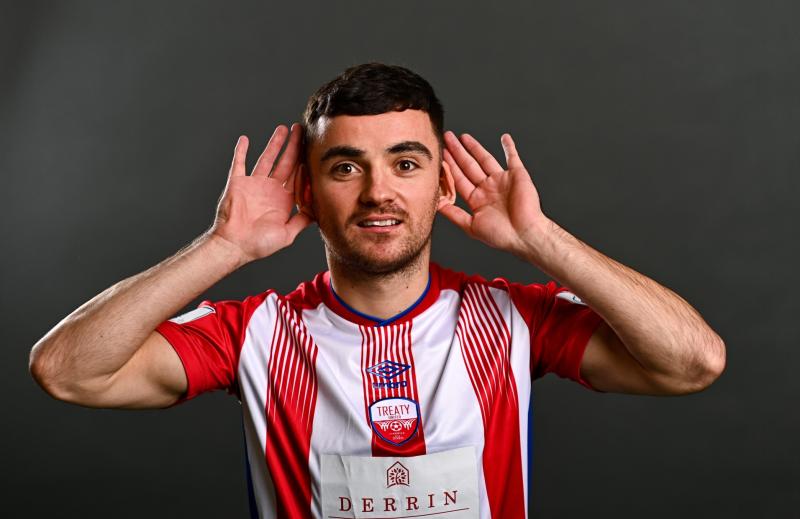 The vast majority of the drama in this hard fought fixture was reserved for the closing 10 minutes of the contest.

Athlone, who had parted ways with their manager, former Limerick FC boss Martin Russell last weekend, took the lead in the 82nd minute through substitute Success Edogun who had only been introduced to the game a few minutes earlier.

Athlone had taken just one point in their opening eight league games, looked on course to secure a rare win and avenge their 2-0 defeat to Treaty at the Markets Field in their rearranged fixture earlier this month.

Indeed, it looked like being one of those night's for Treaty in the 86th minute when Marc Ludden hit the bar and Lee Devitt was just unable to turn in the rebound

However, a resilient Treaty side didn't give up on taking something from their trip to the Midlands and Stephen Christopher smashed in a deserved equaliser for the visitors in the 88th minute.

Treaty's starting line-up saw Joel Coustrain and Lee Devitt come into the team for Matt Keane and Callum McNamara. On the subs bench, Conor Melody returned to the matchday squad for the first time since early March.

The game remained scoreless at half-time as both defences held sway in the opening 45 minutes.

While visitors Treaty created a number of openings in the opening half, the best opportunity of opening the scoring arrived to the home side on 36 minutes. Oluwa's shot which was heading towards goal was intercepted by Ubaezuonu who was only denied by a terrific point-blank save from Treaty 'keeper Jack Brady.

Three minutes earlier Enda Curran had been prevented from firing Treaty in front by a top class save by home 'keeper Schlingermann.

At the other end, a minute later, Treaty had a let-off when Thomas Oluwa blasted over for an Athlone Town side who are now under the guidance of interim manager Dermot Lennon.

The contest looked like finishing scoreless until those two dramatic late goals ensured it ended in a score draw.

Treaty will make a quick return to action in the First Division on Easter Monday when hosting Wexford FC at the Markets Field, 7.45pm.

Treaty scored an impressive start-of-season win away to Wexford in the opening round of league fixtures.