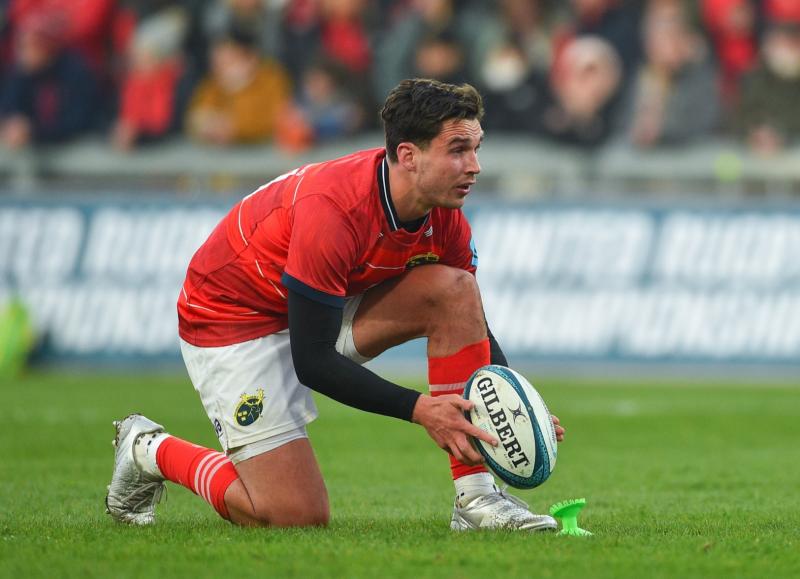 THE Munster Rugby squad returned to the High Performance Centre at UL on Monday ahead of Saturday’s Champions Cup round of 16 second leg against Exeter Chiefs at Thomond Park, 3PM.

Munster issued a squad injury update today ahead of this weekend's big game.

Back-rower Alex Kendellen was removed after 28 minutes of the game against Exeter on Saturday at Sandy Park after failing a HIA. Kendellen will begin the return to play protocols under the supervision of the medical department and his availability will be determined later in the week.

Jack O’Sullivan, who replaced Kendellen, sustained a knee injury during the game, and will go for a scan today.

Munster also report that out-half Joey Carbery (leg/knee) and captain Peter O’Mahony (hamstring) will both return to training today, Monday, and their availability will be determined later in the week.

The versatile Simon Zebo and hooker Diarmuid Barron have both recovered from illness and will return to training today.