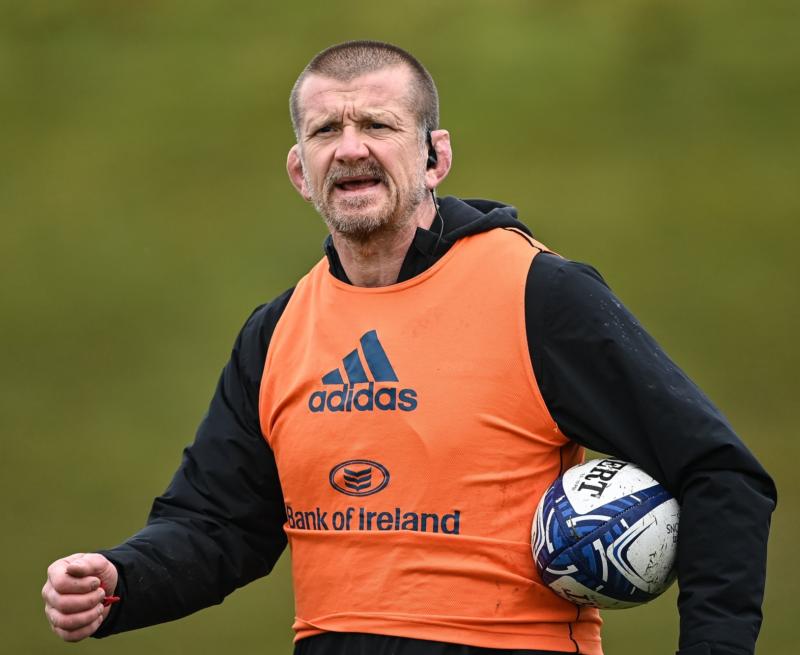 GRAHAM Rowntree is set to be confirmed as the new head coach at Munster Rugby, the Limerick Leader has learned.

Leader Sport understands that Rowntree, who is currently the forwards coach at Munster, has accepted the role of head coach after being offered it in recent days.

Rowntree is set to succeed Johann van Graan who departs for Bath this summer in the top role with Munster.

In January, Rowntree signed a two-year contract extension with Munster that will see him remain with the province until at least June 2024.

Commenting on his contract extension news last January, Graham Rowntree said, “I am delighted to be committing my future to Munster Rugby.

“I have made my thoughts about this club widely known throughout my time so far, and for me and my family it really has been an easy decision, a non-decision if truth be told. We’ve put down roots here and have no desire to move anywhere else.

“I know there will be coaching personnel changes at the end of this season but from where I’m standing, I know that we have everything in place for continued development and success.

“This is a club with established structures, facilities, staff, players, supporters, and resources that any club or coach would be envious of and I’m very excited to be able to play my part in the years to come.”

Munster will lose the services of senior coach Stephen Larkham this summer as he heads home to Australia to take up the role of head coach with the Brumbies.

Munster are continuing with the process of finding replacements for both of these highly regarded coaches.

Munster trail the Premiership side by five points, 8-13, after their hard fought first leg meeting at Sandy Park on Saturday.