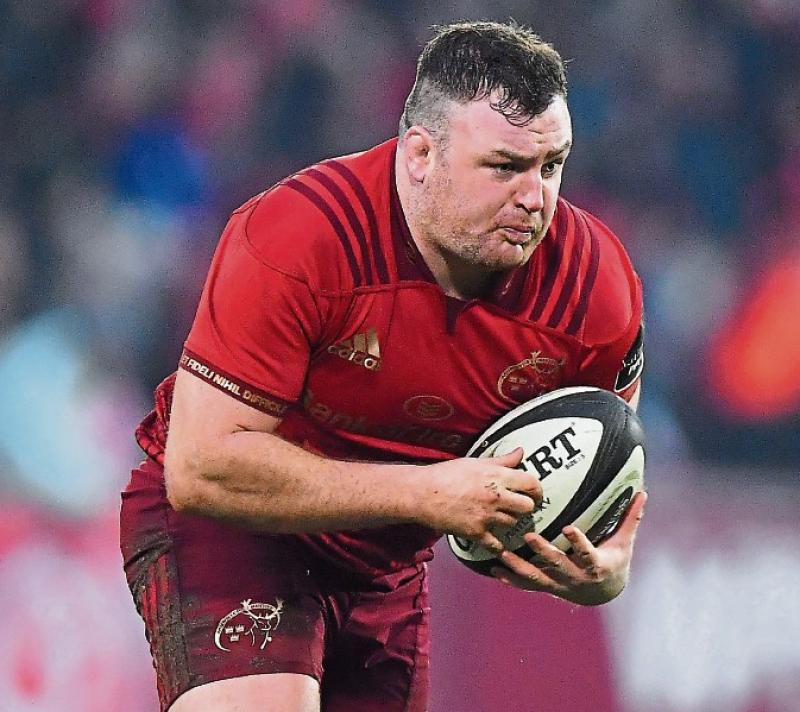 Munster Rugby confirmed this Monday that Tadhg Beirne is awaiting a specialist review on his thigh injury and prop Dave Kilcoyne will begin a period of rehabilitation after seeing a specialist for a neck injury. Both Beirne and Kilcoyne are unavailable for next weekend's clash with the Premiership side.

The Munster squad update also revealed that number eight Gavin Coombes is also unavailable for Saturday’s visit to Sandy Park and will undergo a scan on the ankle injury he sustained against Leinster.

There is some good news on the injury front as Simon Zebo (HIA), Mike Haley (knee), Jean Kleyn (leg), Liam O’Connor (knee) and Jack Daly (ankle) all return to full training this week.

Munster will host Exeter in the second leg of their last 16 tie at Thomond Park on Saturday week, April 16.

There were 12 Munster senior and Greencore Munster Rugby Academy players in AIL action at the weekend.