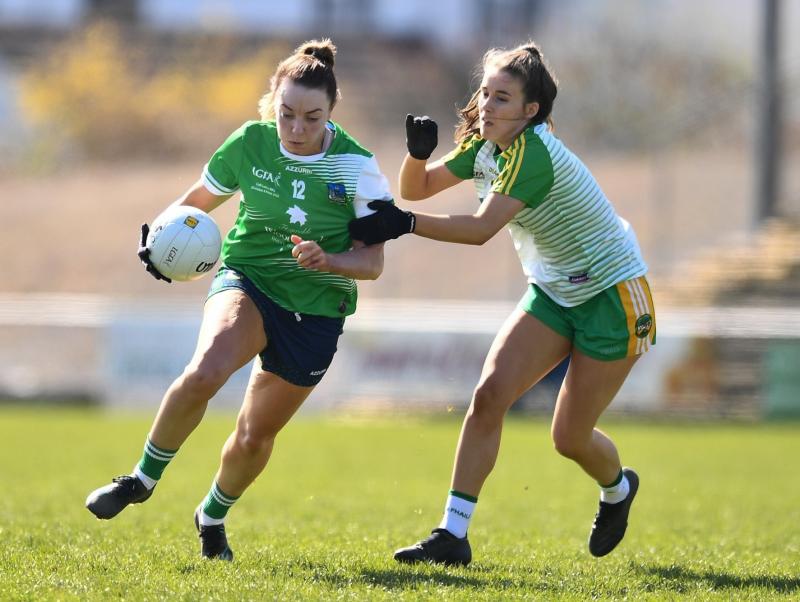 LIMERICK lost out to Offaly by five points, 3-12 to 4-4, in their Lidl National Football League Division 4 final at St Brendan’s Park in Birr this Sunday.

Limerick led by a point at the half-time break but second half goals from Emma Hand, Ciara Walsh and McEvoy pushed Offaly into the lead and towards a deserved victory.

The game burst into life with Mairéad Kavanagh getting Limerick’s opening score from the throw-in. A minute later, Limerick had a goal after Rebecca Delee was left unmarked in front of the Offaly goal and she made no mistake with the finish.

Thereafter though Offaly dominated as three points from McEvoy and one from Fiona Dempsey, on 12 minutes, levelled the game. Offaly were moving the ball well from defence to attack with Emer Nally and Michelle Mann marshalling their defence and intercepting Limerick’s attacks. Decisive running from the Offaly forward sent them in at the first half water break ahead, as Emma Hand converted a 14-minute free.

Marie Byrne and Walsh both found their scoring range to send Offaly three points clear when play resumed but the game was level once more when Iris Kennelly netted after a sweeping move involving Delee and Davis. Fiona Dempsey got her second point in the 19th minute but it was Limerick that went back into the ascendancy when Kennelly hit the net for the second time after a well-timed pass from Cathy Mee.

With both teams moving well, McEvoy got her fourth point of the afternoon on 24 minutes to leave Offaly trailing by 3-1 to 0-9 at the half-time break.

Walsh netted the first of those goals, supported by an industrious Emma Hand. A minute later, Offaly had their third goal. Substitute Mairead Daly’s ferocious running opened up the Limerick defence and she found McEvoy on the overlap who rifled it to the right corner to set up a seven-point lead at the second half water break.

Kennelly gave Limerick some hope as she finished her hat-trick on 50 minutes to reduce the gap to four, but this only proved a consolation as Róisín Mealiff’s point ensured Offaly claimed the Division 4 honours for the first time since 2015.