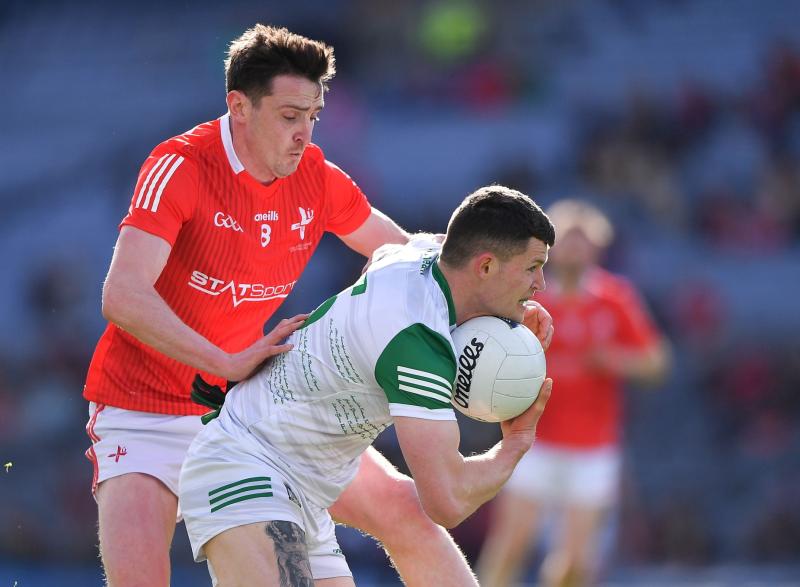 A LIAM Jackson goal on the three-quarter mark proved to be the difference as Limerick fooballers' first appearance at Croke Park in nine years ended in a 1-14 to 0-12 defeat to Louth in Saturday's Allianz National Legue Division Three final.

Up to that point, little separated the side as the losers survived two goal scares early on before finishing the first half the stronger to lead by 0-7 to 0-6.

However, forced to take the game to their opponents after they fell behind, Limerick, already guaranteed of promotion to Division 2 for next year, left enough spaces at the back for the Wee County to stretch their lead.

Josh Ryan's free opened the scoring as both sides tried to open the shot spaces before Sam Mulroy equalised off a '45' and Ciarán Byrne gave Louth the lead.

They could have widened it considerably had Seán O'Dea not gathered Mulroy's flick on the goal line and Limerick made most of the escape as Adrian Enright ended the break from the clearance by splitting the posts at the other end.

But the pressure wasn't over. Mike Donovan had to spread himself across Tommy Durnin's rasping ground shot to block another goal attempt, Mulroy sent over the resulting '45' and Dairer Nally then doubled the margin.

However, the Wee County's momentum was halted by Hugh Bourke's immediate reply, his follow-up drew the sides level and, attacking now with greater fluency Peter Nash and Donovan put Limerick two ahead. Coming up to the break, Mulroy broke the sequence with a free and added another after Enright's reply to pull the Limerick lead back to 0-7 to 0-6.

Ryan struck twice on the resumption but each was met in turn by John Clutterbuck and Byrne as was Nash's strike by Mulroy. But the tit-for-tat then ended when a Limerick attack broke down, Byrne's long pass pass from the clearance found Liam Jackson who raced into the gap to give the advancing Donal O'Sullivan no chance.

With tails up and given more space as Limerick tried to respond, Durnin, Byrne and Mulroy's free stretched the gap to five and, after Robbie Bourke interupted the run off a free, Byrne and Niall Sharkey got it moving again. Bourke did manage to close the scoring off another placed ball before Conall McKeever departed on a black and Paul Maher evened up the numbers by picking up one as well.