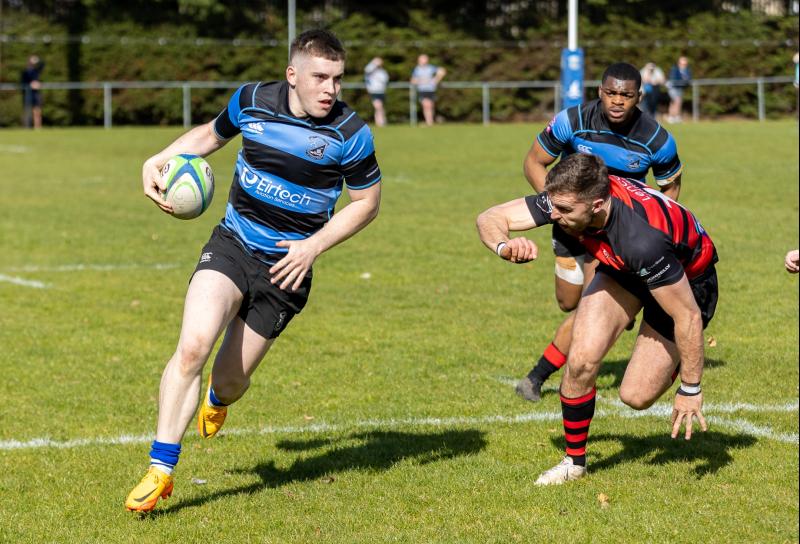 This weekend's games are the penultimate round of fixtures in the AILs regular season which reaches a climax on Saturday week.

Among the highlights in this weekend's fixture list is the high stakes meeting of play-off chasing Young Munster and Cork Constitution in Division 1A at Tom Clifford Park.

Young Munster had to make-do with taking a losing bonus point from their 18-12 defeat to top four rivals Terenure College at Lakelands on Saturday.

The result leaves Young Munster in fifth-place in the top flight table, but just two points behind fourth-placed Cork Constitution.

In Division 1A, eighth-placed Garryowen travel to the Mardyke to take on UCC this Saturday. Garryowen also picked up a losing bonus point from a trip to Dublin last Saturday after succumbing 33-27 to UCD at Belfield.

In Division 1B, promotion play-off chasing Shannon make the long trip to Rifle Park to take on Banbridge.

Third-placed Shannon boosted their hopes of securing a top four promotion play-off spot after easing past City of Armagh 29-20, securing a bonus point in the process, on the back pitch at Thomond Park on Saturday last.

Shannon now sit just one point behind second-placed Highfield with just two series of games to go. The Parish side are also six points clear of fifth-placed St Mary's College.

In Division 2A, promotion play-off chasing Old Crescent make the long trip to Belfast to take on QUB.

Fifth-placed Old Crescent also maintained their hopes of securing a promotion play-off spot after easing past Ballymena 25-17 at a sun-kissed Takumi Park on Saturday last.

Crescent are just one point behind fourth-placed Ballymena with two games to go in the regular season.

Also in 2A, eighth-placed UL-Bohemian host MU Barnhall at UL North Campus. UL-Bohs picked up a losing bonus point in their 22-15 defeat at the hands of Cashel on Saturday.

In Division 2C, seventh-placed Bruff make the trip to Holmpatrick to take on Skerries.