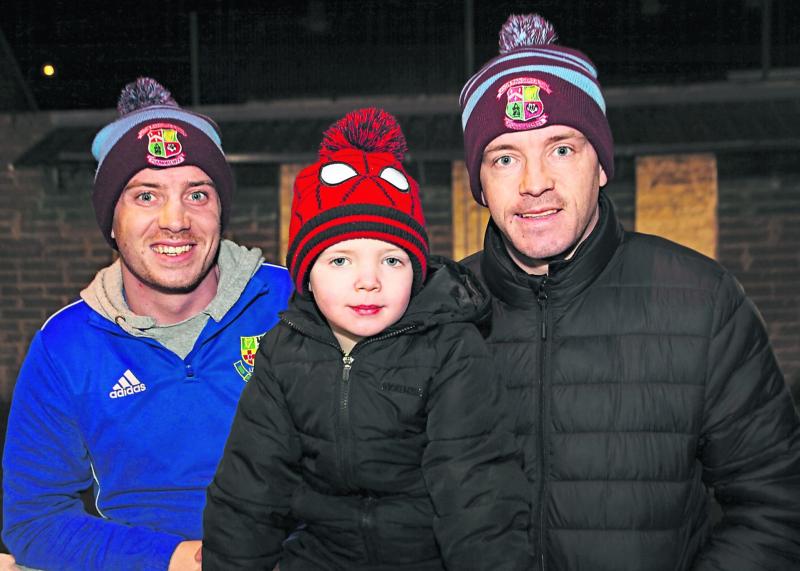 IT was mixed fortunes for Limerick teams in the Munster Junior Cup last weekend with victory for Aisling but defeat for Regional Utd.

This weekend Limerick’s two remaining hopefuls are in action against Cork opposition.

Carew Park face a daunting task on a trip to the Southern capital to play a Coachford who top the Cork AUL with nine wins from nine games. Albert Slattery has restored Carew Park to be a challenge to any team with vast experience among the squad. A victory here would be a serious statement of intent.

Following their FAI exit, Fairview Rgs will be more than ever focused on provincial success. They welcome Carrigaline who beat another Limerick side, Ballingarry in the last round

A focused ‘View should prove too strong for the visitors.

A cup quarter final will make league form redundant and make it more of a level playing field. Don’t be surprised if this goes all the way to penalties. In the Premier League, Pike Rvs will join Fairview at the top of the table if they can see off Regional Utd.

The Dooradoyle club went out of the Munster Junior after extra time to St Michaels last weekend amid an injury crisis while Pike beat Moyross to advance in the Lawson Cup.

The two sides have met a number of times over the last few weeks so will be well versed in each other’s strengths and weaknesses.

Tuohy Cup winners Ballynanty Rovers are back to earth on Sunday when they host Nenagh AFC in the League.
While most think the Premier battle is a two horse race, Balla have not given up on the chase but know they cannot afford to drop any more points.

In the Premier League (Bottom 6), Prospect Priory will join Mungret in top place if they beat bottom side Geraldines. Janesboro will also be well in contention if they can take the spoils against Coonagh Utd.

With Division 1A leaders, Granville Rgs not ion action, the chasing pack have the opportunity to close the gap. Star Rvs host Shelbourne while Knockainey travel to Ballylanders.

Second placed Hyde Rgs A meet Summerville Rvs in a local derby. Likewise, in Division 1B, leaders Caherdavin have a free weekend so Regional United and Mungret will be hoping to gain ground when they play Glenview and Parkville respectively.

The Open Cup continues apace with four ties penciled in. Wembley Rvs will be fancied to progress at Castle Utd as will Lisnagry A who host Corbally Utd B.

Corbally Utd C take on Summerville while Nenagh B V Kilmallock B pits two potential winners of the competition.
In Division 3A, an experienced Mungret Reg D host leaders Pike Rvs B.

On Thursday evening the Premier A Cup continues with what promises to be an exciting affair.

Fairview Rgs B were flying it in the league but suffered a bad defeat to Carew Park in their last outing. They will be keen to bounce back immediately but they a Corbally Utd side on an upward trajectory who are banking on the cup as their best hope of silverware this season.