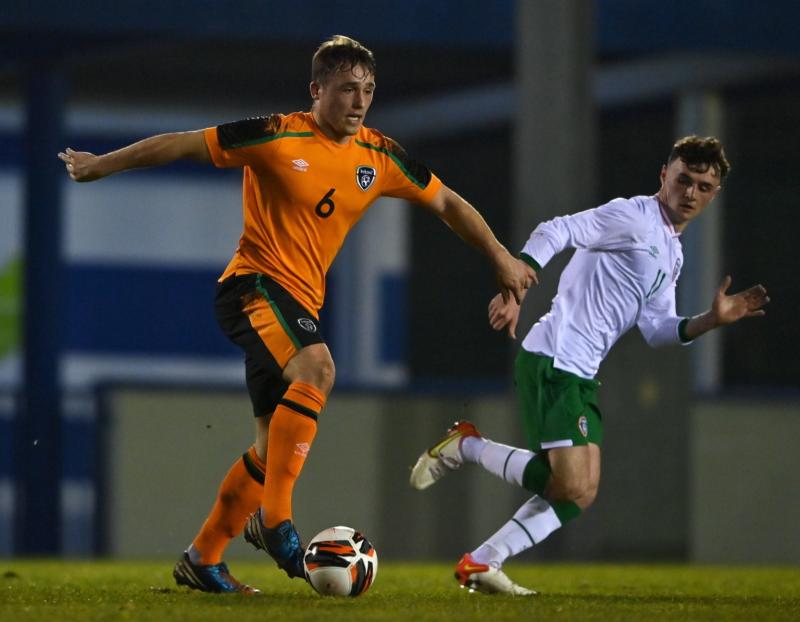 THE Ireland Amateur side, which included AJ O'Connor, of Fairview Rangers in midfield, defeated an Ireland Under-20s team 1-0 in a friendly at Home Farm FC on Tuesday evening.

Malahide’s Glen Daly scored the game’s only goal in the first half of an even encounter in Whitehall, with exciting Newcastle West native O'Connor impressing for the winners.

The game concluded a three-day camp for the Under-20s which was used as an opportunity for Ireland U21s Manager Jim Crawford to look at 2002-born players eligible for the next U21s European Qualification campaign.

The opening exchanges saw the U20s have much of the possession but found the Amateurs’ shape difficult to penetrate.

A James Furlong cross that flashed across the face of goal in the sixth minute was as close as any team came in the opening 15 minutes as the young Boys in Green looked to unlock a way through Gerry Davis’ side.

There was an opportunity for the young side to take the lead when Dylan Duffy intercepted a misplaced pass. He fed Tom Cannon but the Everton man’s cross was cut out before it could reach Kian Leavy closing in on goal.

As half-time grew closer, the Amateur side began to threaten more with Sam Burgess looking the most threatening. And it was in the  37th minute that the Amateur side took the lead. A well delivered corner was met by Daly who was able to head past David Odumosu.

The Amateurs would go in 1-0 up at half-time and shortly after the break they almost went two in front when Stephen Chambers’ well struck free-kick just went wide of the top left corner.

The U20s had a great chance in the 75th minute. Joe Hodge received the ball on the angle of the area and following a swift change of feet, he went in search of goal but his attempt couldn’t find the top right corner.

Dylan Duffy almost equalised late on when he struck the post. The UCD player led a counter attack and sized up an effort that canned off the foot of the upright.

Davis’ side, preparing for UEFA Regions Cup action later this year, were able to keep out the Under 20s as they held out for the win.