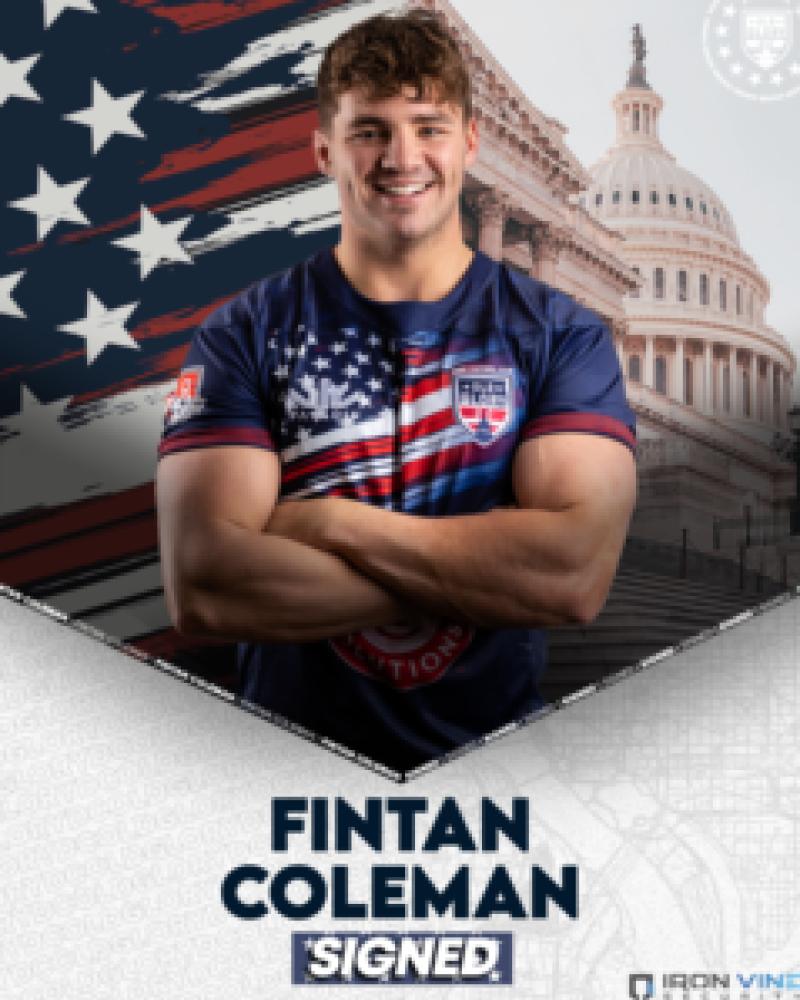 AN EXCITING Limerick back-row forward has signed for US Major League Rugby side Old Glory.

Flanker Fintan Coleman, who has played for Young Munster in the All-Ireland League, has joined Old Glory DC RFC, the Major League professional rugby union team based in Washington DC.

The highly-rated Coleman, who impressed for Crescent College Comprehensive in the Munster Schools Senior Cup, previously was a member of the Ireland U-18 squad and was part of the the London Irish Academy.

Coleman said he was delighted to be joining Old Glory who get their 2022 Major League Rugby season underway on Sunday next, March 20

“I have been watching the growth of the MLR in recent years and to now be part of the 2022 season is an honour for me. Everyone involved in Old Glory has been fantastic since I arrived at the club. Really looking forward to the first game of the season and what the year will hold for us!."

“For a young player, he’s had some good experiences with high profile clubs,” Andrew Douglas said.

“Fintan gives us extra depth in the back row. He’s a big man who functions well in the lineout and has a strong work rate. I’m looking forward to seeing what he can deliver to Old Glory, and hopefully, he creates a strong presence throughout the season.”