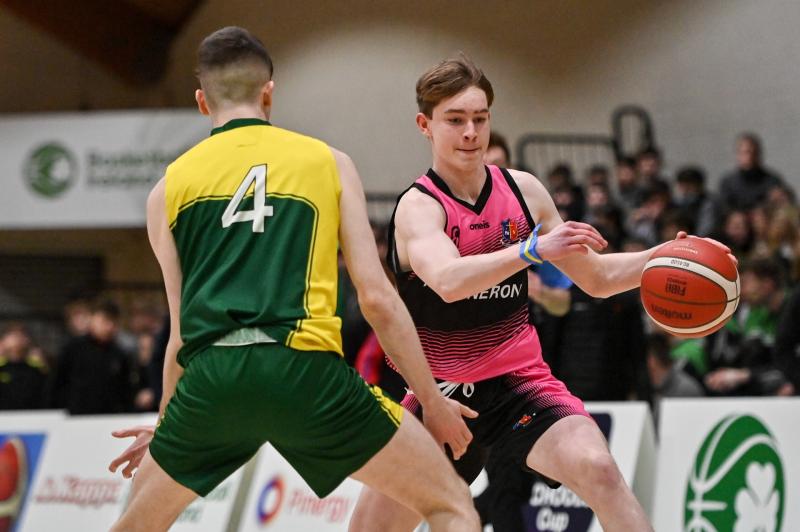 Gortnor Abbey, who are coached by former Ballina player and Basketball Ireland Hall of Fame inductee Liam McHale, had another McHale to the fore on the court – nephew Matthew McHale scored 23 points to earn the MVP award.

It was a cagey opening first quarter, Gortnor Abbey just 11-8 in front, but just as with the opening two finals, it was the second quarter where the gap opened up and it was 34-21 by half-time.