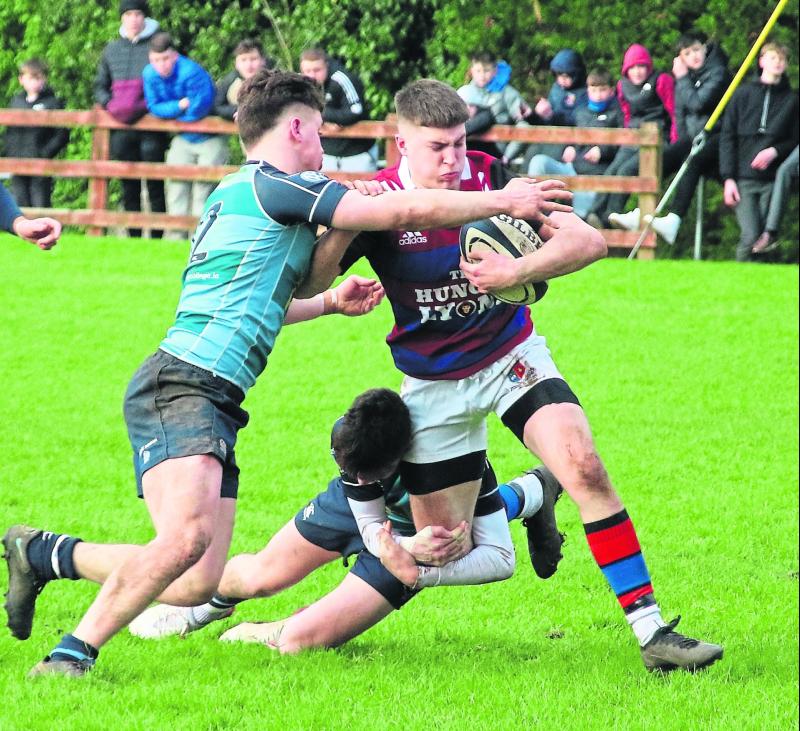 LIMERICK'S St Munchin's College will look to secure a place in the semi-finals of the Pinergy Munster Schools Senior Cup tomorrow, Wednesday, February 9, when facing Cork heavyweights PBC in their quarter-final clash at Musgrave Park, 2pm.

St Munchin's head to Leeside on the back of their hard fought 10-0 victory over local rivals Castletroy College on the back pitch at Thomond Park last month. After a scoreless opening 27 minutes, St Munchin's College hit the front shortly before the half hour mark with a sweetly struck Cillian O’Connor penalty.

The Corbally side then increased their advantage three minutes before half-time with the game's only try through winger Ryan Naughton, with O'Connor adding the conversion.

In the second quarter-final, Bandon Grammar take on Rockwell College also in Cork. Ardscoil Ris bowed out of the Senior Cup when losing out to Rockwell in their replay in Clanwilliam on Thursday last.

Limerick already has one representative through to the semi-finals of this season's Munster Schools Senior Cup as Crescent College Comprehensive have safely advanced to the last four. Crescent defeated PBC, of Cork, 17-13, in the previous round of the competition.

Meanwhile, in the Munster Schools Junior Cup, Castletroy College lost out to PBC 18-0 in their fixture at Musgrave Park last week, while St Munchin's grabbed four tries in defeating Ardscoil Ris 32-5, while Crescent College lost out 53-5 to a strong CBC outfit.