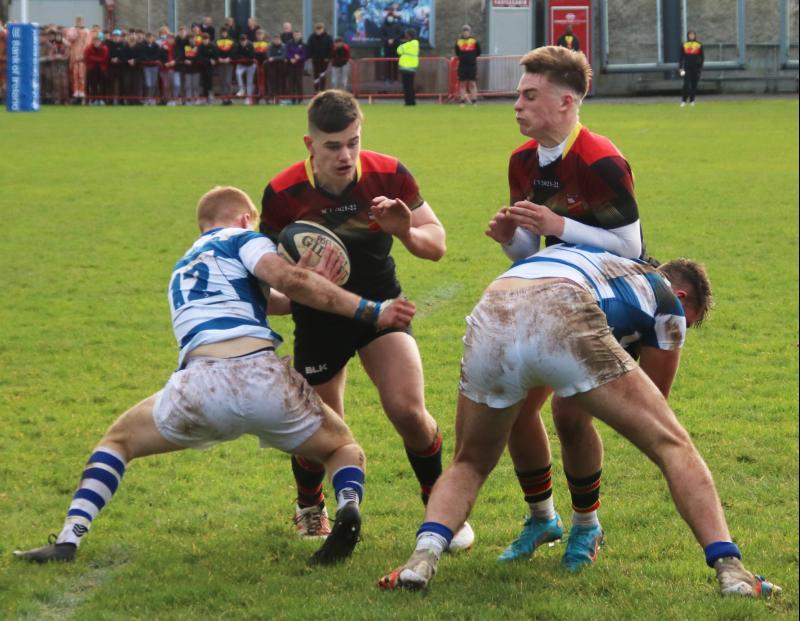 Crescent College Comprehensive has advanced to the semi-finals of the Cup after securing a hard fought 17-13 victory over PBC, of Cork, on the back pitch at Thomond Park last week.

St Munchin's College booked their place in the quarter-finals of the Munster Schools Senior Cup with a hard fought 10-0 victory over local rivals Castletroy College also on the back pitch at Thomond Park on Friday.

St Munchin's reward for this derby victory is a quarter-final showdown with PBC, of Cork. All the scoring in Friday's highly competitive Limerick derby came in the opening half.

After a scoreless opening 27 minutes, St Munchin's College hit the front shortly before the half hour mark with a sweetly struck Cillian O’Connor penalty.

The Corbally side then increased their advantage three minutes before half-time with the game's only try.

From a scrum on the Castletroy '22, St Munchin's moved the ball left which created the opening for winger Ryan Naughton to touch down. The reliable O'Connor made no mistake with the conversion for 10-0. Neither side managed any further points as defences held sway.

Meanwhile, Árdscoil Rís will be looking to book their place in the quarter-finals when taking on Rockwell College in their replayed fixture at Clanwilliam FC on Thursday, 2pm. The sides finished tied 24-24 at Thomond Park on Thursday last.

Meanwhile, in the Munster Schools Junior Cup this week, St Munchin's face Ardscoil Ris on Thomond Park's back pitch this Wednesday at 2pm, while Crescent College Comprehensive travel to Cork to face CBC at Musgrave Park on the same day at 2.15pm.

On Thursday, Castletroy College make the trip to Leeside to take on PBC at Musgrave Park in the Junior Cup at 1pm.