Ardscoil Rís live to fight another day as a last gasp converted try earned the Limerick school a replay against Rockwell College this afternoon. - Match report from MunsterRugby.ie - Click here 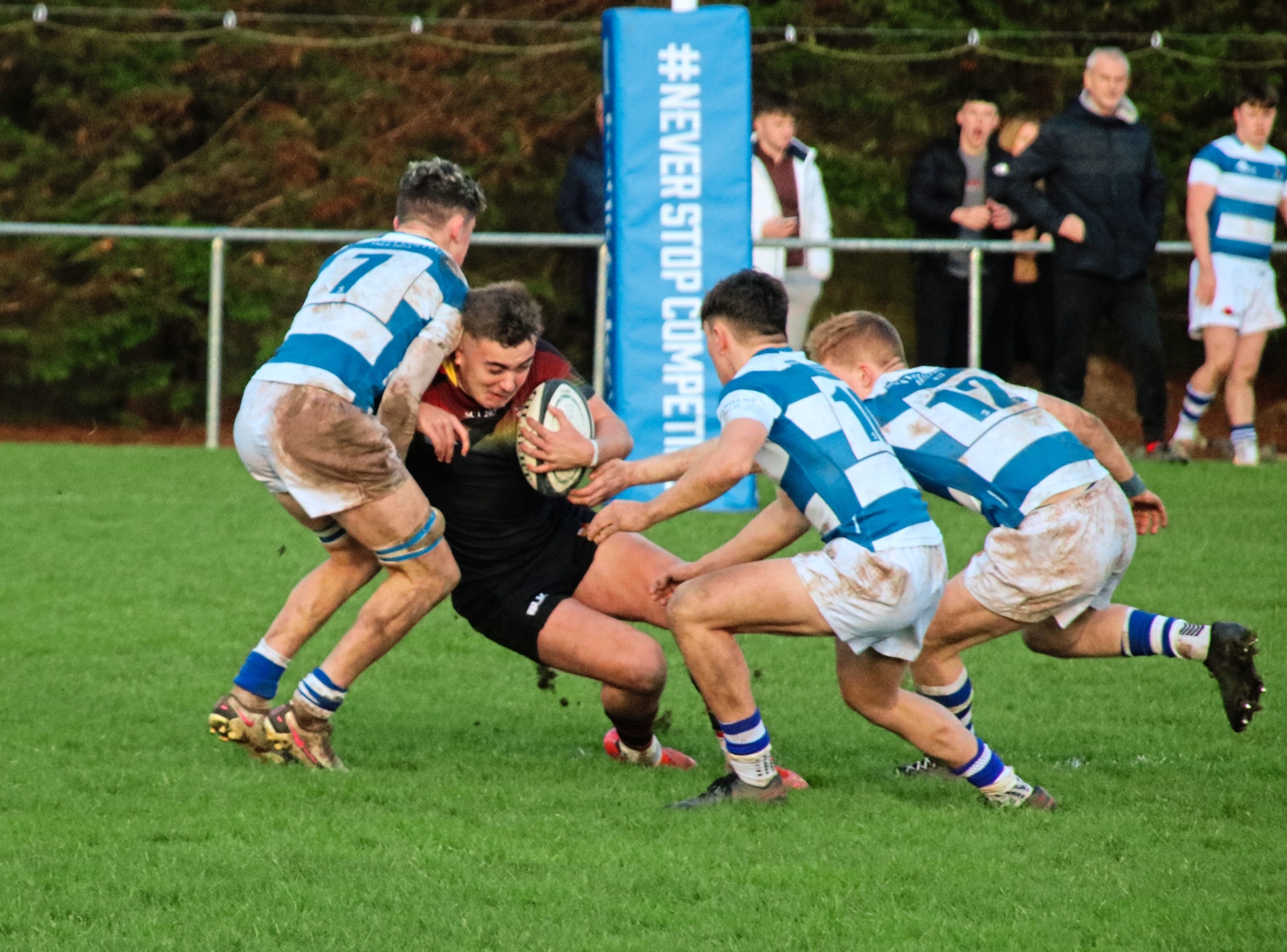 Ardscoil took a 3-0 lead through a Harry Long penalty before he and his centre partner Paddy Hassett combined in midfield as Long touched down for the first try of the game which he converted.

With a 10-0 lead, Ardscoil went further ahead when Evin Crowe scored an intercept try which Long converted. Just before halftime Rockwell out-half Peter McGarry chipped over the top of the Ardscoil defence to collect and score his side’s first try of the afternoon.

In the second half, Rockwell closed the gap when Joe Lawrence touched down for a try which was converted by McGarry. The out-half added a penalty soon after to tie the game.

With just a minute remaining, Rockwell went ahead when Brian Gleeson crashed over. McGarry’s conversion looked to have secured a seven point margin of victory.

However, Ardscoil went back up the other end and scored through Joe Costelloe which was converted by Hassett.

The two sides will meet again next week to determine who plays Bandon Grammar School in the Pinergy Munster Senior Schools quarter-final.