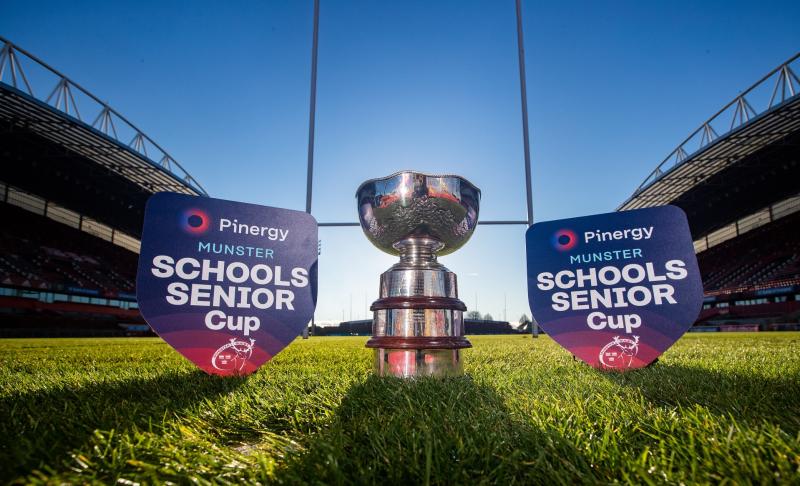 Crescent College Comprehensive host PBC, of Cork, on the back pitch at Thomond Park on today Wednesday, January 26 at 2.30pm.

Crescent College Comprehensive topped Group A in the round robin phase of the Senior Cup prior to Christmas. The winners from today's meeting of Crescent and Pres' will advance to the semi-finals of the competition.

The losers of the Limerick-Cork clash will get a second chance to progress in the Cup via a quarter-final fixture.

Meanwhile, Árdscoil Ris face Rockwell College at Thomond Park's back pitch on this Thursday, January 27 at 2pm in a knock-out fixture in the Pinergy Munster Schools Senior Cup with the winners securing a place in the quarter-finals of the competition.

There is one all-Limerick derby in this week's Schools Senior Cup fixtures as Castletroy College, winners over Colaiste Pobail Bheanntrai in the previous round face local rivals St Munchin's College. That game, which is also a knock-out tie, is set to go ahead at the back pitch at Thomond Park on this Friday, January 28 at 2pm.

Before Christmas, teams in the Pinergy Munster Schools Senior Cup competed in a round-robin series of fixtures which was first introduced in the 2019/20 season. Schools were divided into two groups, Group A and Group B, with teams seeded for the knockout rounds based on their performance in the group stages.

A Munster Club Select Player (CSP) side representing clubs from across the province also took part in the Senior Cup Group A competition.