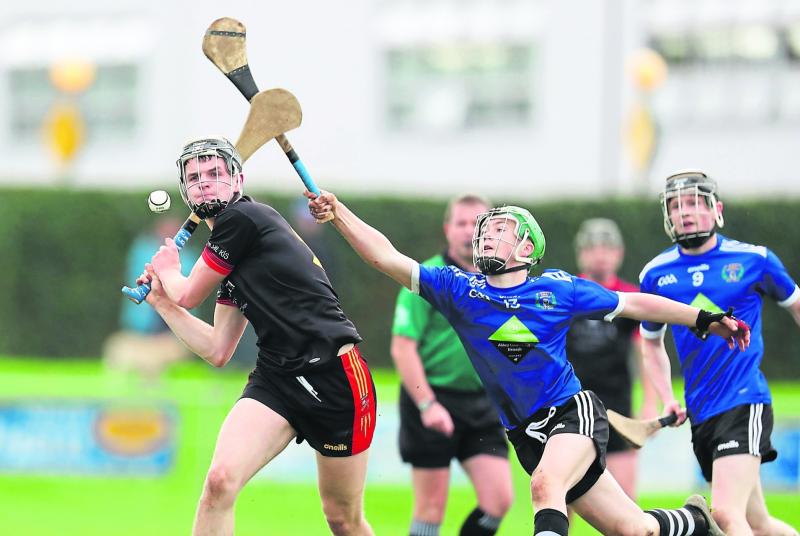 Michael Gavin, of Ardscoil Ris, gets his shot away in their Dr Harty Cup clash with Nenagh CBS in November

LIMERICK'S Árdscoil Rís will face Midleton CBS in their Dr Harty Cup quarter-final in Mallow this Saturday at 1pm.

This weekend's quarter-final meeting is a repeat of the 2018 Dr Harty Cup final, one which saw the Limerick school run out 3-18 to 2-10 winners.

Should Ardscoil make it through to the semi final, they would face the winners of an all-Tipperary clash between Cashel CS and Thurles CBS.

Ardscoil Ris booked their place in the quarter-finals of the 2021/22 Dr Harty Cup with a 0-18 to 0-16 victory over Nenagh CBS at Sixmilebridge in November.