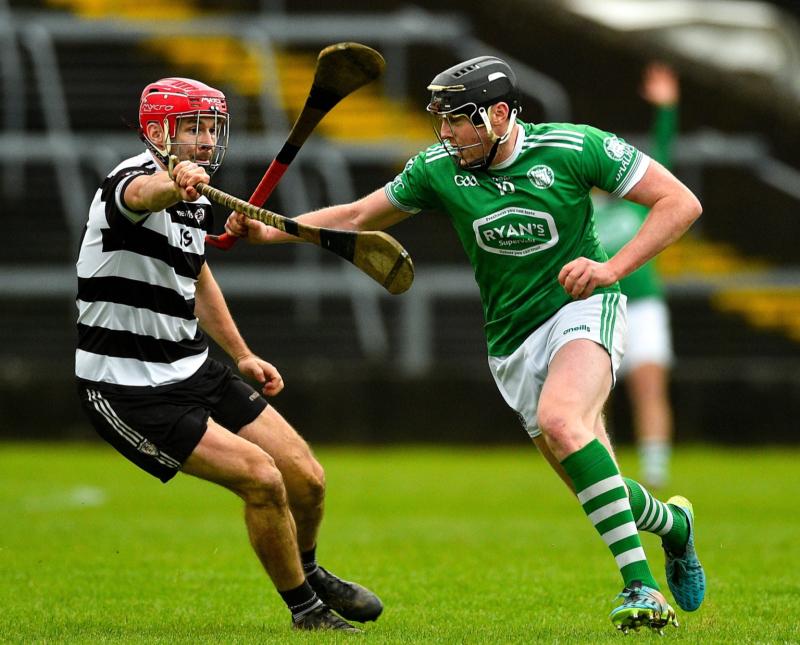 Kilmallock's Michael Houlihan in action against Padraig O'Keeffe, of Midleton, in the Munster club senior hurling semi-final at the TUS Gaelic Grounds

SHOULD Limerick champions Kilmallock win Sunday's Munster club final against Ballygunner they will return to action in an All-Ireland semi-final two weeks later.

Meanwhile, the date, times and venues have been fixed for the AIB GAA Hurling All-Ireland Senior Club Championship semi-finals with both matches taking place on Sunday, January 23.

Parnell Park with a throw-in time of 1.30pm will be the venue when Derry champions Slaughtneil play the winner of Sunday’s Munster Final between Kilmallock and Ballygunner.