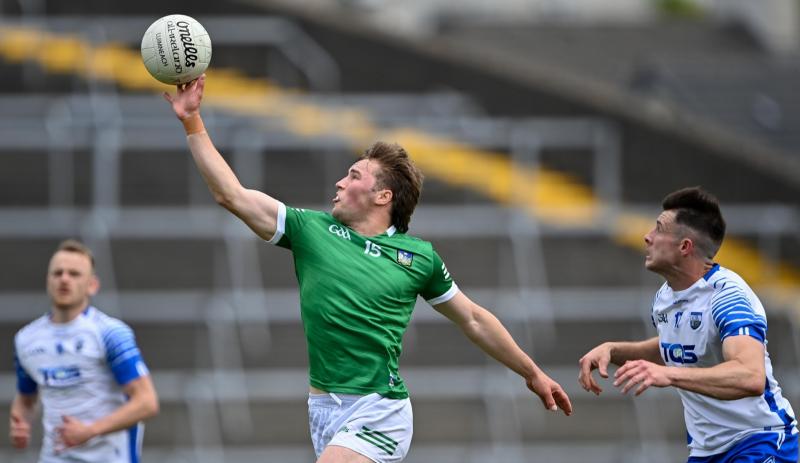 Billy Lee’s Limerick go to Tralee tonight Wednesday, 7pm, and then play Tipperary in Mick Neville Park on Sunday next January 9 at 2pm.

Ahead of his sixth season as Limerick senior football manager, Lee said that experimentation will be the name of the game in the McGrath Cup ahead of the January 29 start to the Allianz League against Longford in the TUS Gaelic Grounds.

“We were allowed back training from December 8 which was a Wednesday, so our first session back on that Friday night. Since we finished until we came back, it felt like we were a long time apart as a group so it took some time to get back together because in previous years we would have done a bit of work during the off-period as fellas finished with their clubs but now the clubs go on for longer because of the way it is now structured,” outlined Billy Lee.

“A very different Christmas for players this year - we trained up to December 23 and back on December 28. There isn’t time to take a longer break with a game on January 5 against Kerry,” said Lee.

“We will definitely use the McGrath Cup this year to see players and give them opportunities. Last year was difficult for everyone with all the games on top of eachother and if you didn’t hit the ground running as a player it was hard to break into the team or in some cases the panel.

"To be fair, last year was very difficult for players and managements. I found it all very compressed and with no challenge matches it was hard to give fellas a chance to express themselves unless they were in the starting team, so we will definitely be giving lads a chance this year,” said the Limerick manager, referencing the shortened Allianz League and lack of a McGrath Cup in 2021 due to Covid-19 enforced changes to the inter-county scene.

“Last year was exceptional and unprecedented in terms of Covid but it brought it’s own challenges for all managements up and down the country in terms of managing players and I know I was not alone on those challenges. To have the extra matches is really helpful.”

He explained: “It was a difficult league last year so it’s great to be back to seven games and we have a break between our second and third game and between our fourth and fifth games so there is time there maybe for some challenge games to give lads who might have been outside the matchday squad or team a chance”.

Lee is assembling what will be a new-look panel for 2022 with Tommie Childs, Danny Neville, Seamus O’Carroll, Padraig Scanlon, Gerard Stack, David Connolly and Cormac Roche all absent from last season for varying reasons.

”Some lads are coming back in at different times too because of club schedules and it might take them a week or two longer to find their feet so we are thankful to have the McGrath Cup,” said the Limerick manager.

Changes too in the backroom team with Maurice Horan replacing Brian Begley as coach.

“With me getting a new two year stint, Brian felt another two years with him, having done three years already, could be a stretch to try and keep the voice and squad fresh so he decided to opt out. Maurice is well versed in Limerick GAA circules and brings a lot of experience as a former manager and he was in the backroom team with Stephen Rochford in Mayo when they were banging on the door of Dublin and he was with Laois last year so he will bring a lot of experience,” said Lee.

“They all take time to find their feet and to get to know the lads and to see how everything operates. We have to help them lads and new players to interact into the group. A lot goes on behind the scenes to get us up and running,” said Lee ahead of a busy start to 2022."