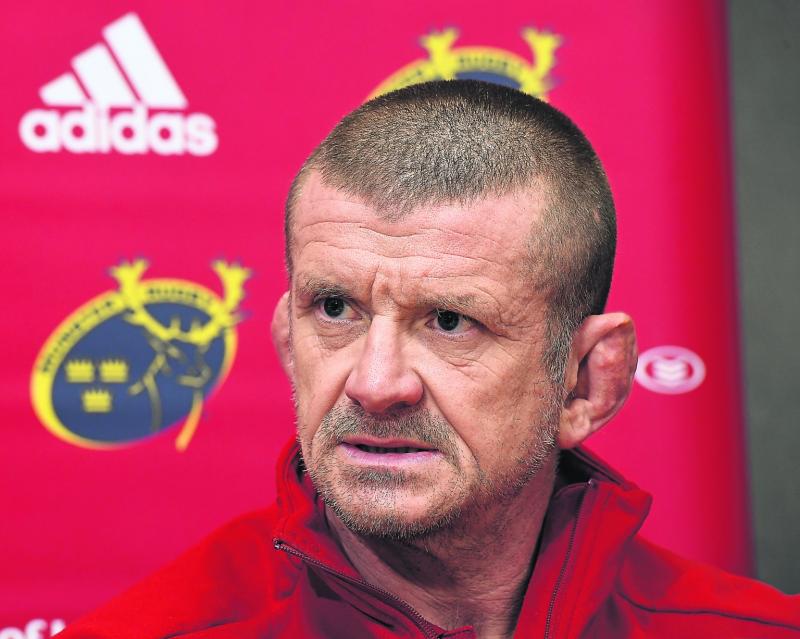 MUNSTER Rugby forwards coach Graham Rowntree is keeping tight-lipped over the possibility of him succeeding Johann van Graan as the province's head coach.

It was announced today, Tuesday, that Rowntree has signed a two-year contract extension as forwards coach that will see him remain with the province until at least June 2024.

The former England prop made the move to Limerick in October 2019.

"The head coach question, well that's one for another day. What I can tell you is the club and all the parties concerned are very aware of my coaching aspirations."

Current Munster head coach Johann van Graan is due to depart the province this summer to take up a role with Bath.

Munster's senior coach Stephen Larkham is also leaving the province at the end of the season to return to the Brumbies.

Munster are set to face Ulster in the United Rugby Championship at Thomond Park this Saturday, 7.35pm.