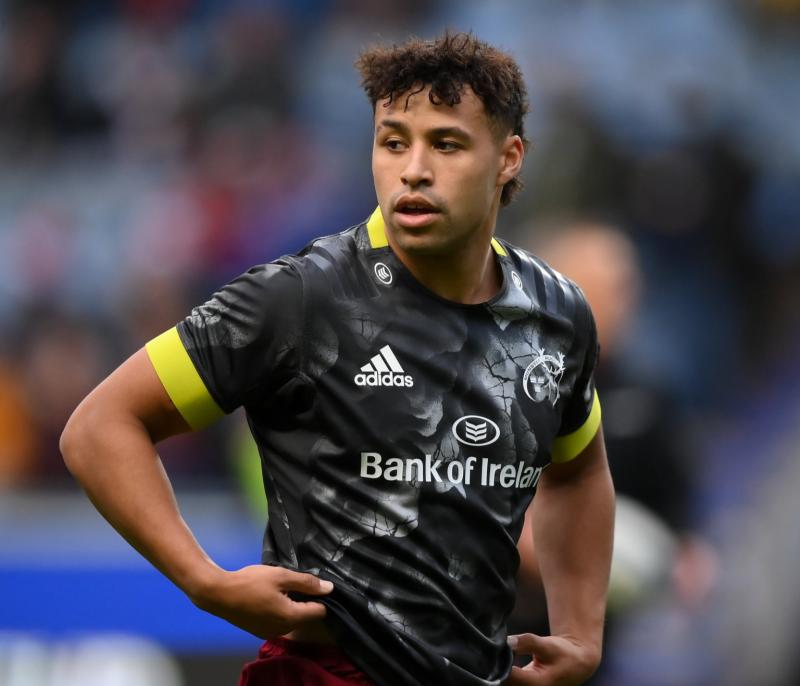 THE Ireland U20s edged past a Munster Development XV 21-13 in difficult wet conditions at Musgrave Park on Thursday afternoon.

The match was part of the Ireland U20s preparations for the upcoming Six Nations.

Both sides struggled to sustain prolonged periods of possession due to the difficult conditions but it was the visitors who broke the deadlock first when Ireland U20s captain Reuben Crothers crossed for the opening try of the game after some strong carrying close to the Munster line.

Out-half Charlie Tector was able to convert to give Ireland U20s a 7-0 lead approaching half-time.

Munster responded immediately when scrum-half Adam Maher was able to cross in the corner after his side took advantage of a two-on-one overlap.

Butler’s difficult conversion attempt drifted wide of the posts but the Clare man was on target moments later with a penalty kick.

Ahead 8-7, Munster extended their lead to 13-7 on the stroke of half-time when Garryowen’s Dylan Murphy crossed the line off the back of a powerful rolling maul. Butler’s touchline conversion attempt was just wide.

Conditions began to deteriorate further in the second half and it was Ireland U20s who then took the lead when Fionn Gibbons touched down under the posts after being played through by a perfectly executed grubber kick. The conversion saw Ireland take a 14-13 lead into the final 20 minutes.

Despite good pressure from Munster, Ireland consolidated their lead and made sure of the result when replacement Lorcan McLoughlin crashed over in the final minutes.