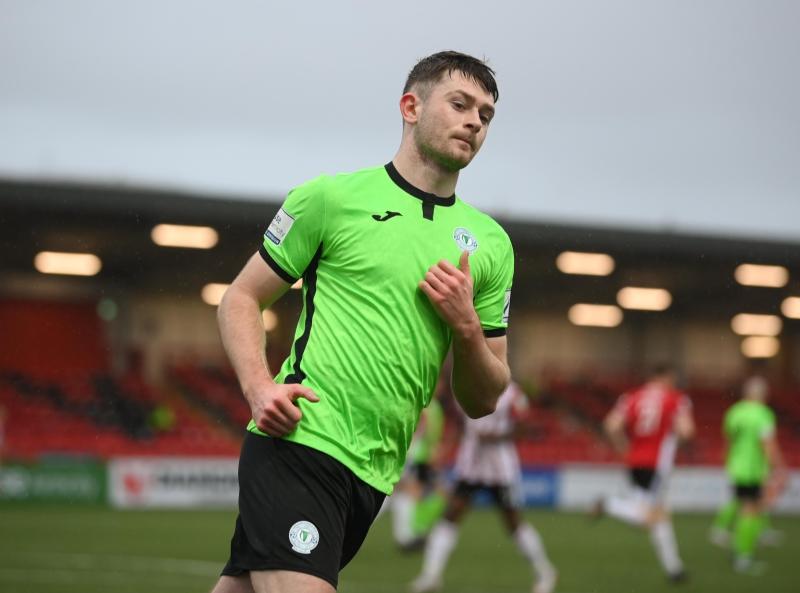 The 22-year-old from Glin has made over 100 club appearances between Harps, where he spent the last two seasons, and his former club Limerick FC.

O’Sullivan, who played more than 50 senior games for Limerick in all, made an instant impact at Finn Harps in 2020.

O’Sullivan has scored several goals against his new club Sligo Rovers, including a double for Limerick in an FAI Cup tie.

Karl O'Sullivan told the Sligo Rovers website: “I’m thrilled to be here. I’ve been speaking with Liam for the last couple of months and he told me what he felt I could bring to the team. As an opposition player you would dread coming to Sligo and especially when they are going well. There is a great atmosphere in The Showgrounds and the club has a very big following. I’m hoping to chip in with goals and assists from as early as possible.

“I’ve played everywhere with Harps and Limerick but I feel winger is my strongest position. It’s a fresh start for me. I really enjoyed my time with Finn Harps, everyone at the club is brilliant.  I’ve been putting the work in this month in order to ready for pre-season and I can hit the ground running here. I’m very excited to play for the club and in the last two seasons Liam has led the team to the top four which is what you want. There’s European football as well so I can’t wait to get started.”

Manager Liam Buckley said: “It’s another really good addition. We’ve looked at areas we wanted to improve on and they include getting more balls into the box and having better deliveries.

“Karl will bring those qualities and I feel he comes to us at a good age. Despite just turning 22 a couple of months ago, he has had several seasons in the league and we’ve tracked him since his Limerick days. I think he will make an impact and he will fit in well with within the group. It’s great competition in the squad to bring in Karl and Will Fitzgerald. Our overall goal has been to build a stronger group and I feel we will do that. This is another good step in that direction and we look forward to working with Karl.”