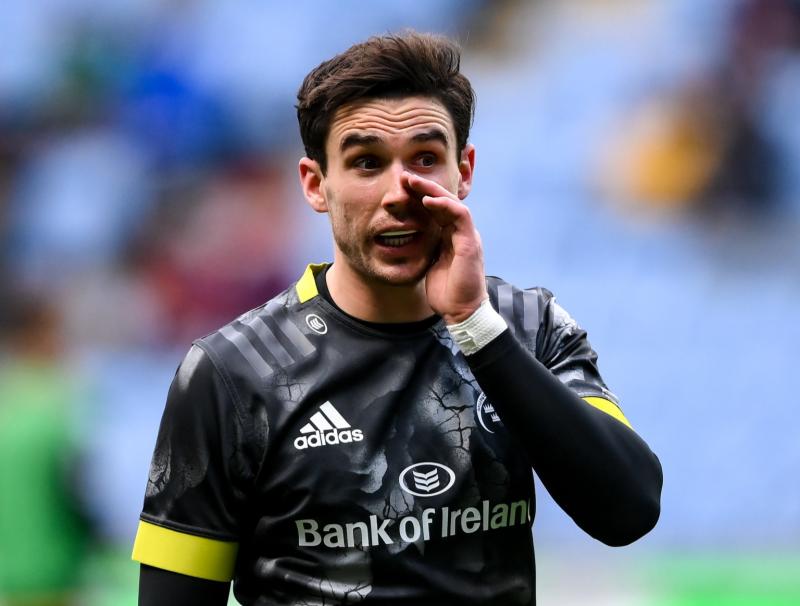 THE Munster Rugby squad returned to the High Performance Centre in UL today, Monday, for training ahead of the province’s Round 9 United Rugby Championship derby fixture against Connacht on New Year’s Day (5.15pm).

Munster’s scheduled St Stephen’s Day clash against Leinster at Thomond Park was postponed due to Covid-19 cases within the Leinster squad.

On a player movement front, Munster Rugby confirmed that hooker Declan Moore has linked up with Ulster Rugby for short-term injury cover.

Twenty five-year-old Moore, who is Irish-qualified, is a former Melbourne Rebels player, and joined Munster for the 2021/2022 season last summer.

He has featured for Shannon RFC in Division 1B of the Energia All-Ireland League this season and made his Munster debut off the bench in the province's recent Heineken Champions Cup victory away to Wasps.

Joey Carbery (elbow), Calvin Nash (ankle), Rowan Osborne (head), and RG Snyman (knee) continue to be managed by the Munster medical department and are not available for this weekend's clash with Connacht