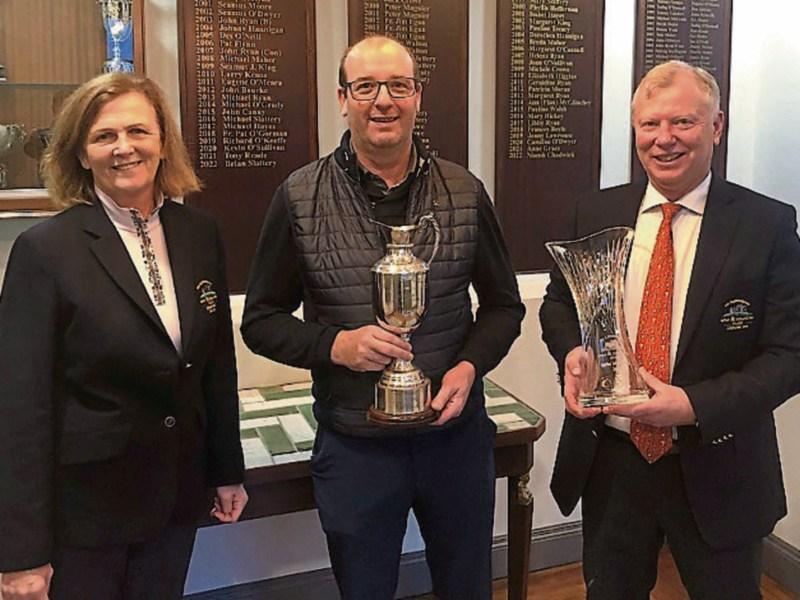 AGMs : The men's club held there AGM Thursday 9th December. Congratulations to Dermot Barry on his election as captain and to Gerry O Neill as vice captain for 2022. Well done to Charlie O Neill on his great year as captain  2021 Charlie congratulated Michael John Cosgrave popular winner of his captains prize,

Ladies : The ladies held there AGM on Monday 6th December Congratulations to Fiona Godfrey who was elected lady captain and Eimear Mc Manus. Who was elected as lady's vice captain for 2022, well done to Olivia Hayes on a fantastic year as lady's captain.

Fundraiser Split the pot  : This week winner Kitchen staff at Vine Draw every Tuesday only €2.00 to enter.

Parent club agm: This was held last Thursday night over zoom .On the night Michele magnier was thanked by all members for her role as stand in chairperson this year.  Michelle has been replaced by pat Quinlan and all wish pat the best in his new role. Ger Maher, Dermott Coughlan and Mary Crowley were elected also to the board on the night.

Thanks: Thank our Captains Tony & Anne As a special thank you to Anne & Tony, for all their hard work during their Captaincy, Jeff Leo Dundrum House sponsored a Breakfast Bap on arrival & some Festive food and drinks before a Mixed Scramble on Saturday last. This was a special occasion all held in the open air on a fine Saturday morning to mark the end of their term of office. Jeff described it as a "Sayonara to two great Captains" It was a most enjoyable morning for all and thanks very much to Jeff. While it was a fun competition but as usual there was an eagerness to win among all participants. The competition was a four ball scramble over nine holes. In 1st place Margaret Ryan, Pat Ryan, Liam Maher & Dave Fitzgerald in 26 shots (C/B) 2nd George Ryan, Seamus Ryan, Michael O’Brian & Rena Ryan in 26 shots C/B). 3rd Don Kennedy, Jenny Laurence, Oisin Slattery & Tony Corcoran in 26 shots. In 4th place Ailbe Maher, Gerry Maher, Niamh Chadwick & John O’Donovan in 27 shots.

Mens Golf:  Our competition for the coming weeks will be a 9-hole Stableford with a €3 entry fee & re-entry as often as you wish at €3. All entries must be through the Golf Shop and cards posted in the men’s box. Once 30 scores are in the competition will be closed and a new 9-hole opened. All the money taken in will be paid out in prizes.

Ladies Golf: The Winter League has concluded after an excellent run with some fine golf played. Congratulations to the “Parrots” who are the winners of winter league competition by a very tight margin of 3pts (59 to 56).  The team was captained by our new Vice Captain Jacinta Coman with Michelle Crowe, Pauline Walsh, Patricia Moran, Vera Heffernan, and Judy Hayes.