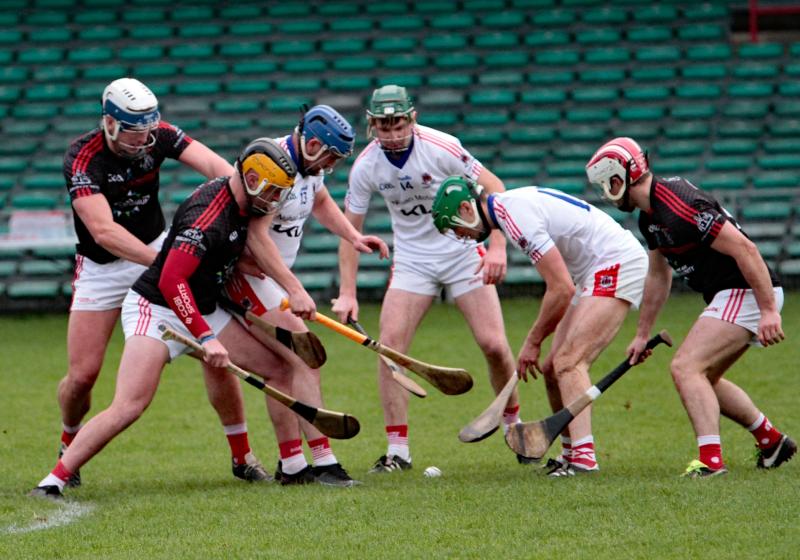 TASTING their first provincial championship fare in 16 years in the TUS Gaelic Grounds on Saturday, Mungret-St Paul's never quite found the fire that delivered them the Limerick intermediate hurling title six weeks ago.

Cork senior hurler Seán Twomey's goal shot Courcey Rovers into a first-minute lead and they were never headed after that despite Paul O'Brien's free off the last puck of normal time sending the Munster semi-final into an twenty extra minutes from which they emerged as 1-18 to 1-17 winners.

With the breeze behind them, the home team ground themselves back into contention to trail 1-12 to 0-12 at the second water break and, as Courcey's previous dominance in the middle third ran out of legs, O'Brien's free tied the scores at 1-13 to 0-16 after 60 minutes.

Neither side could gain an advantage during the first extra period which ended at 1-14 to 0-17. But with both sides dead on their feet in the heavy conditions, the Corkmen found that extra inspiration to shoot four points in the last five minutes, too late for sub Chams Jagana's to rescue Mungret's cause with a flashing goal off the last action of the game.