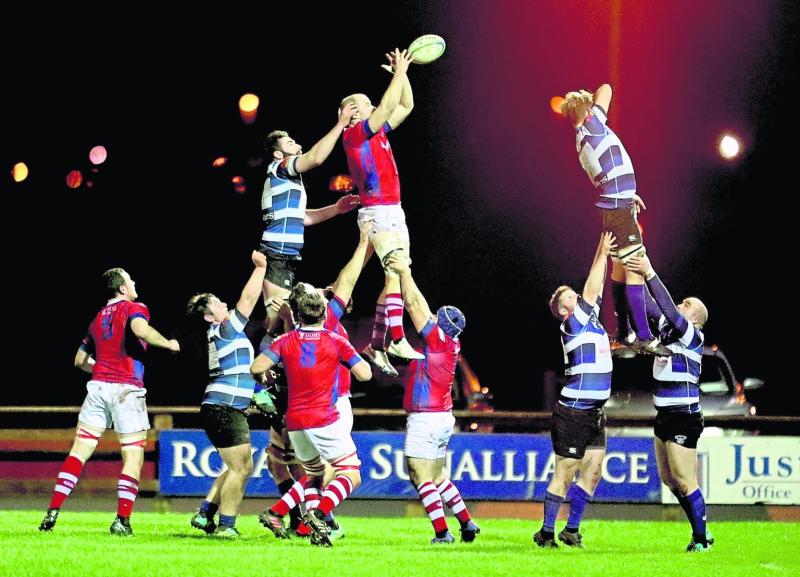 The action for local clubs kicks-off on Friday night when Old Crescent host local rivals UL-Bohemian in a crucial local derby in Division 2A at Takumi Park, 7.30pm.

Seventh-placed Old Crescent claimed a 30-15 bonus point victory over local rivals Nenagh Ormond at New Ormond Park in their most recent outing on Saturday, while UL-Bohemian bagged their third win of the campaign when edging past Ballymena 29-26 at ULs North Campus.

In Division 1A on Saturday afternoon, Young Munster and Garryowen will be looking to sign off on the first half of the season with wins following their derby clash at Clifford Park on Saturday evening last.

Munsters' edged past their local rivals 20-16 in a fiercely competitive fixture to remain in fourth place in the table and sitting in one of the play-off positions. Munsters' make the trip to Dublin this Saturday to take on eighth-placed UCD at Belfield.

Munsters', powered by an impressive scrum, secured their sixth win of the campaign last weekend, thanks to tries from the versatile Dan Walsh and prolific winger Conor Hayes, who was dotting down for an eighth time this AIL season, while out-half Evan Cusack added two penalty goals and two conversions.

Garryowen were suffering their fourth defeat on the bounce on Saturday following four wins to start the season. The Light Blues will look to bounce back from their derby disappointment this weekend when hosting table toppers Clontarf at Dooradoyle.

Meanwhile, in Division 1B this Saturday, Shannon, fresh from their gritty 15-12 away win over Malone last weekend, host league leaders Highfield on the back pitch at Thomond Park.

In Division 2C, Bruff will be targetting a second win of the campaign, when hosting Munster rivals Sundays Well at Kilballyowen Park.