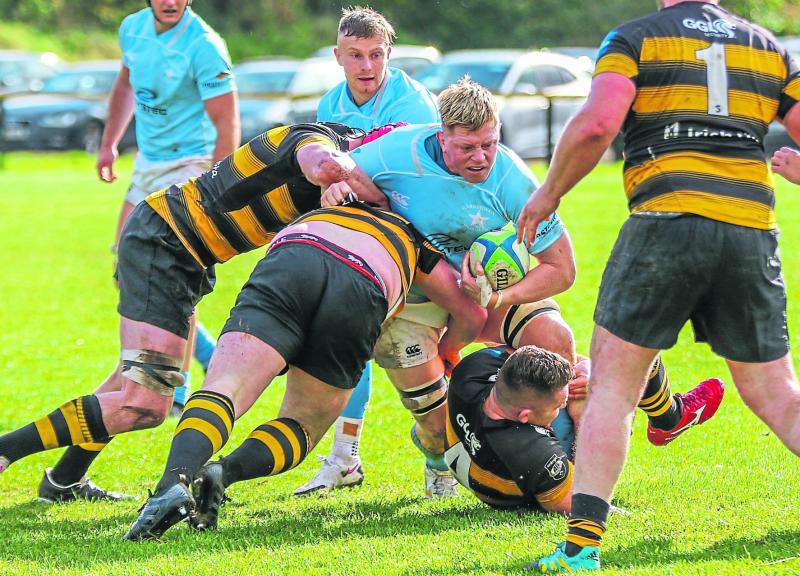 THE penultimate round of Energia All-Ireland League fixtures prior to the Christmas break this Saturday will feature a high stakes meeting of Limerick rivals Young Munster and Garryowen in Division 1A.

The top flight derby fixture takes place at Tom Clifford Park at 5pm when both sides will be desperate to get back to winning ways after recent defeats.

Fourth-placed Munsters' have lost each of their last two league fixtures while, Garryowen, who occupy fifth spot in the table - a single point behind their hosts on Saturday - are on a three-game losing run in Division 1A.

With the clubs placed between third and seventh place in the table separated by just four points, this weekend's derby is a key fixture for both sides.

Munsters' suffered a hefty 38-3 defeat against Dublin University at College Park on Saturday last after playing a little over half the game with 14 players after picking up a red card. At the same time, Garryowen were succumbing 29-5 to an impressive Lansdowne outfit at Dooradoyle.

After Munster's took a 14th minute lead through an Evan Cusack penalty, the Dublin students hit back to lead 7-3 at half-time thanks to a converted try.

Dublin University made the most of their one-man advantage in the second period, running in five more tries, to stretch clear and secure a bonus point success. Meanwhile, Garryowen paid a heavy price for a slow start to the contest in Dooradoyle, falling 13-0 in arrears inside the opening half an hour after conceding two tries.

A well-executed try from winger Colm Quilligan shortly before half time gave wind-assisted Garryowen hope to turning things round in the second period. However, it was Lansdowne who proved the better side after the restart adding 16 unanswered points.

Meanwhile, in Division 1B this Saturday, Shannon make the long trip to Gibson Park to take on Malone. Shannon currently sit in fifth place in the table, three places and six points clear of their hosts this weekend.

Shannon will be looking to bounce back from their 35-29 defeat to Naas on the back pitch at Thomond Park last weekend when the home side did manage to secure two bonus points. Lee Nicholas and Darren Gavin scored two tries each for Shannon in that game, while Killian Dineen also dotted down.

In Division 2A this Saturday, Old Crescent make the short trip to New Ormond Park to face Nenagh Ormond, while UL-Bohemian face a crucial home fixture against Ballymena at UL.

Old Crescent currently occupy seventh place in the Division 2A table with two wins from their seven league fixtures to date, the same number of victories as local rivals UL-Bohs who occupy eighth spot have achieved.

Last weekend, Crescent lost out 19-40 at home to Cashel at Takumi Park.

Cashel led 19-5 at half-time. Crescent scored three tries in all through Val McDermott with two and Daniel Hurley.

In Division 2C this weekend, Bruff travel to Co Wexford to take on Enniscorthy. Bruff sit in seventh place in the table, while Enniscorthy are second with just one defeat to date.

Bruff lost out narrowly 13-16 at home to Tullamore last Saturday. Bruff led the game 10-0 at one stage in the first half. Jack O'Grady scored a try for Bruff, while Adam O'Dwyer kicked a conversion and two penalty goals.