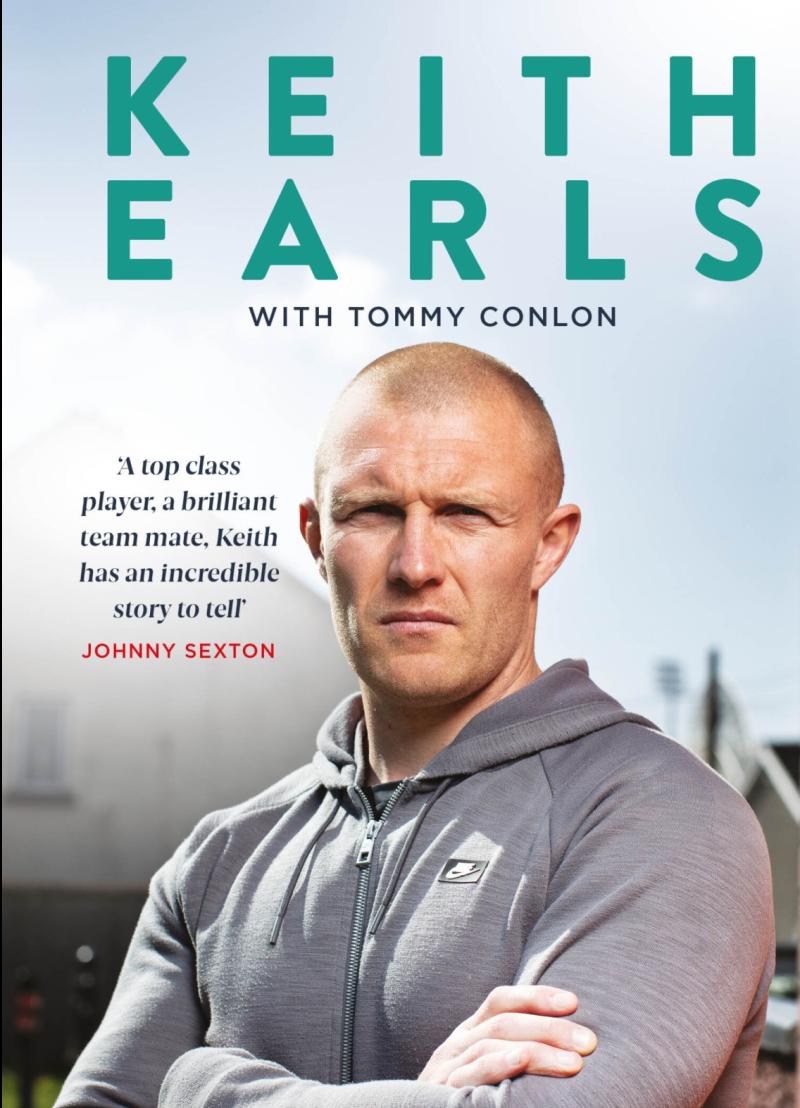 Keith Earls' autobiography Fight or Flight: My Life, My Choices

KEITH Earls autobiography Fight or Flight: My Life, My Choices has scooped the prestigious Eason Sport Book of the Year accolade at Tuesday night's prestigious An Post Irish Book Awards.

The acclaimed publication on the life of the Limerick, Munster, Ireland and Lions rugby star beat off stiff competition to be announced as the winner of the coveted award.

The other books shortlisted for the Sport Book of the Year award were ‘Crossing The Line,’ by Willie Anderson with Brendan Fanning, ‘The Nation Holds Its Breath’ by George Hamilton, ‘Dark Blue’ by Shane Carthy, ‘Devotion’ by Mickey Harte with Brendan Coffey and ‘Unbroken’ by Aidan O’Mahony.

Fight or Flight, which was written in collaboration with journalist Tommy Conlon, is an intimate book, revealing the mental health challenges Earls has faced during his rugby career.

Earls has become one of the most admired and respected players of his generation.

A British & Irish Lion at the age of 21, the 34-year-old is still playing at the top of his game. He is closing in on earning 100 caps for Ireland and has played 183 times in the famous red of Munster.

He started every game of the 2018 Six Nations campaign that culminated in an Irish Grand Slam victory. A lethal finisher blessed with thoroughbred speed, Earls is the second-highest try scorer of all time for his country. With Munster he is one try short of the all-time total and looks set to break that record next season.

The @easons Sports Book of the Year in association with @IrelandAMVMTV winner is…@Keithearls87 for ‘Fight Or Flight: My Life, My Choices’

Congratulations! After such a huge year for sport, be sure to add this to your #TBR list! #APIBA #ReadersWanted pic.twitter.com/OapWJ0Cw8c

Behind the glittering success, Earls has another story to tell. The talented utility back achieved these milestones whilst being racked by private battles with his mental health for most of his career. A number of crises brought him to the brink of voluntary retirement from the game. A long series of injuries have taken their psychological toll too.

Earls grew up in Moyross, an area which has been blighted by crime and he did not escape unscathed from the surrounding fear and trauma visited upon his beloved community. His natural sporting talent brought him into the privileged bastion of elite rugby union.

His frank and fearless autobiography tells the story of his long struggle to reconcile the world whence he came with the world opened up by his brilliance with an oval ball.

First awarded in 2006, the An Post Irish Book Awards are Ireland’s biggest literary celebration, showcasing a diverse mix of exceptional writing from new and established writers across 20 categories- championing everything from novels and non-fiction to poetry, short stories and the Irish language.