Rich pickings for Limerick racing connections on the track 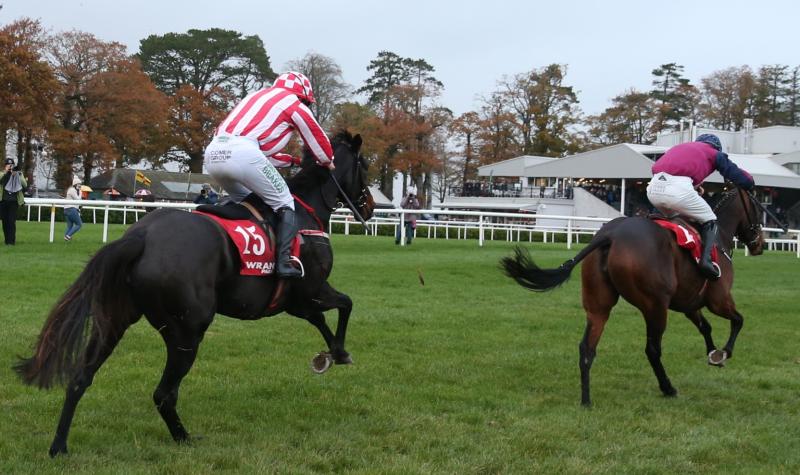 The 3/1 favourite was winning for the second time in three starts when getting the better of the John Ryan-trained That’s Lifebuoy by a length and three-parts under Newcastle West conditional rider Gary Noonan who was riding his fourth winner of the season.

McCarthy said of the Sean Maguire owned winner, “She is a lovely mare. Now that the penny has dropped, she is really running consistently and is a big scopey mare who should be nice over a fence next season.”

Donie McInerney and owners, the Suir Syndicate were winners with 25/1 chance Secret Sea, the longest-priced winner of the afternoon.

Trained by Eoin Doyle, the four-year-old came from off the pace to beat the Stephen Ryan-trained Global Mayhem by two lengths and the winning rider reported, “We went pretty hard early on and I wanted to be just behind the leaders but ended up a bit far back.

"She jumped and travelled well and when I pulled her out, she took off from underneath me and I slotted in behind the leaders until the last.”

Moyross jockey Wesley Joyce partnered his 10th career winner when taking the first division of the apprentice handicap at Dundalk on Wednesday on the Michael Mulvany-trained Take My Hand. The Limerick City youngster made all the running on the 33/1 chance which held off the late effort of the Sarah Lynam-trained Royal Scholar to win by three-parts of a length.

Easily the most impressive winner was the Henry de Bromhead-trained Star Girls Aalmal which ran away with the seven-furlong maiden for two-year-old.

Ridden by Shanagolden jockey Chris Hayes, the easy-to-back 6/4 favourite made much of the running and was never seriously challenged as she scored by an easy four and three-parts of a length from the Joseph O'Brien-trained Brostaigh.

Hayes reported, “I don’t know where her ceiling is but she’s very good. She was flicking her ears and I gave her a squeeze at the top of the straight and she impressed me. She’s going to bring them to big places.”

Hayes went on to complete a treble on the day but he had to work harder for his additional success. He took the seven-furlong nursery handicap on the Edward Lynam-trained 9/4 favourite Marsha which scored in the colours of Marita Rogers and Sabina Power and rounded off the session with a last-gasp short-head victory on the Luke Comer-trained 2/1 favourite in the second division of the 12-furlong handicap.

Mark Walsh rode two winners for owner JP McManus at Thurles on Thursday and the first of them was trained by Ballingarry-based Charles Byrnes. They took the two-mile six-furlong handicap chase with the well-supported 3/1 favourite Pairc Na nGeal which wasn’t all that clever over the final fence but picked up well to score by two lengths from the David O'Brien-trained Ran Rite.

The McManus/Walsh double was completed when the Edward O'Grady-trained Priory Park took the two and a half-mile handicap hurdle at odds of 16/1. The five-year-old beat the Sean O'Brien-trained 11/4 favourite Nell’s Well by three-parts of a length.

Paddy Twomey was a winner with his final runner of the year as Show The Stars landed the one-mile fillies’ maiden at Dundalk on Friday night. A very warm 8/13 favourite, she was always up with the pace under Ballingarry jockey Billy Lee and had plenty in hand as she beat the Johnny Murtagh-trained Maeve Of Connaught by a length and a quarter.

Twomey said, “We will start her in the easiest spot we can next year, but I think she’s good enough to run in stakes company, probably in an Oaks trial rather than a Guineas trial.” Chris Hayes landed the final two races on the card, both divisions of the 10-furlong handicap, on six-year-olds trained by Luke Comer.

The pair won the opening leg with 14/1 chance Clueless Hill which led over a furlong from the finish and held off the challenge of his own stable mate and 11/10 favourite Dr Patrick to win by a neck. The late double was completed as 22/1 chance Scarlet Seymour took the night’s finale. He beat the Ado McGuinness-trained 11/1 shot Alhaajeb by a more comfortable length and three-parts.

Oola jockey Cathal Landers sent the locals home happy as he landed the finale at Gowran Park on Saturday. He won the mares’ handicap hurdle on the Jimmy Barcoe-trained Influential Lady, the 6/1 chance scoring a last-gasp win in the Gowran trainer’s own colours. The seven-year-old got on top late on to beat the front-running Kilashee by half a length.