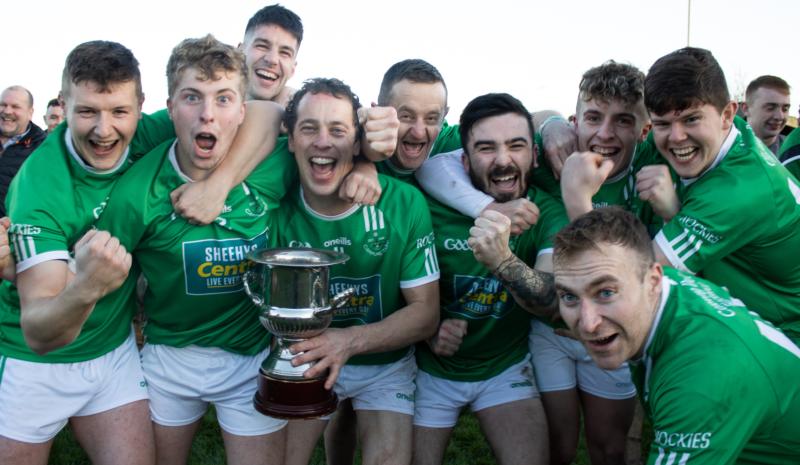 TRAILING by six points coming up to the break, few in the sizeable attendance would have given Blackrock any chance of capturing their first ever county junior B hurling title in Kilmallock on Sunday.

But in an astonishing turnaround during which they got the most out of the biting wind, they outscored their opponents by fourteen points to three to shatter Bruff's hopes of recapturing the title last won just four years ago on a 0-16 to 0-11 scoreline.

A masterly performance by man-of-the-match Gavin O'Loughlin led the way as his eight strikes, including three from open play, kept the pressure on the Stars every time they tried to respond.

But it was a team performance that got the Ballyhoura men over the line once they neutered Bruff's dominance in midfield to feed enough ball to their front men.

Although O'Loughlin's free opened the scoring, once Bruff settled they completely dominated the opening quarter to lead 0-6 to 0-1 by the water break.

However, a change in the Rockies' formation three minutes before the break resulted in O'Loughlin's free and Ciarán
Considine narrowing the gap to 0-8 to 0-4 by the interval.

With the wind now behind them, the Kilfinane club kept up the momentum with O'Loughlin grabbing the equaliser and, by the second water-break, they led 0-11 to 0-9. Bruff tried to respond but the Blackrock defence shut them out and, once Considine stretched the margin to four, they were forced to chase the goal that never looked like coming.