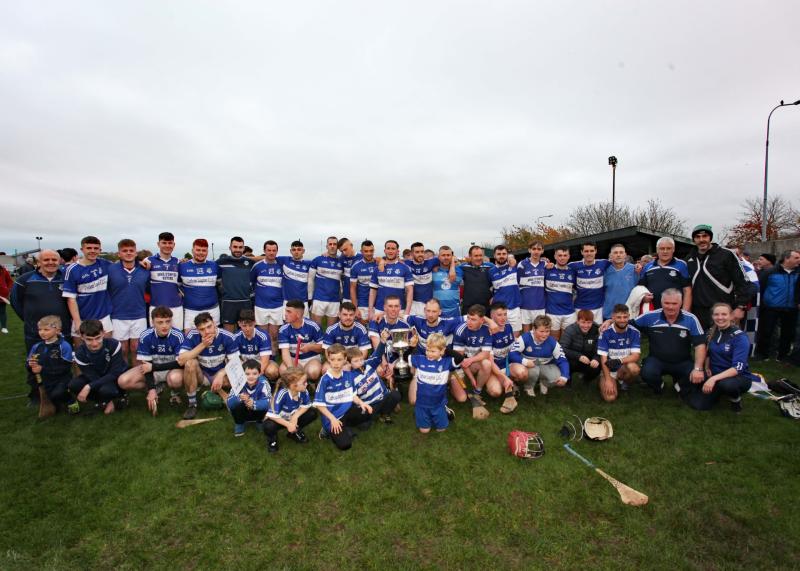 The east Limerick side defeated St Kierans 1-13 to 0-10 in the Woodlands House Hotel County JAHC decider in Kilmallock.

The six point win ensures promotion up to the intermediate ranks for Caherline, for the first time since 2015.

They also progress to the December 11/12 Munster club JAHC semi final - where they will play Cork’s Ballygiblin, St Itas or Dromtarriffe.

In this final Caherline had a return of 10-points from Andrew Brennan - eight from frees.

Points from Paraic and Kevin Wixted helped the Declan Gillane coached side into a 0-5 to 0-2 lead after 11-minutes.

They were then to score just once more in the next 20-minutes of the half.

Frees from Ian Mackessy left it 0-5 to 0-4 to Caherline at the water break and then a Mossie Shine point and further Mackessy frees edged the west Limerick side ahead at half time.

Just three minutes into the second half a Johnny McCarthy point helped to level the final for the fifth time - 0-8 each.

That was to be the only St Kierans score of the third quarter.

Brennan and Paraic Wixted points moved Caherline 0-12 to 0-8 ahead entering the final quarter.

But Mackessy and Sean Ryan points left just a goal between the sides down the home straight.

As St Kierans went in search of a dramatic equalising goal, up the field went Caherline and in injury time Jack Enright sealed the title with their goal.