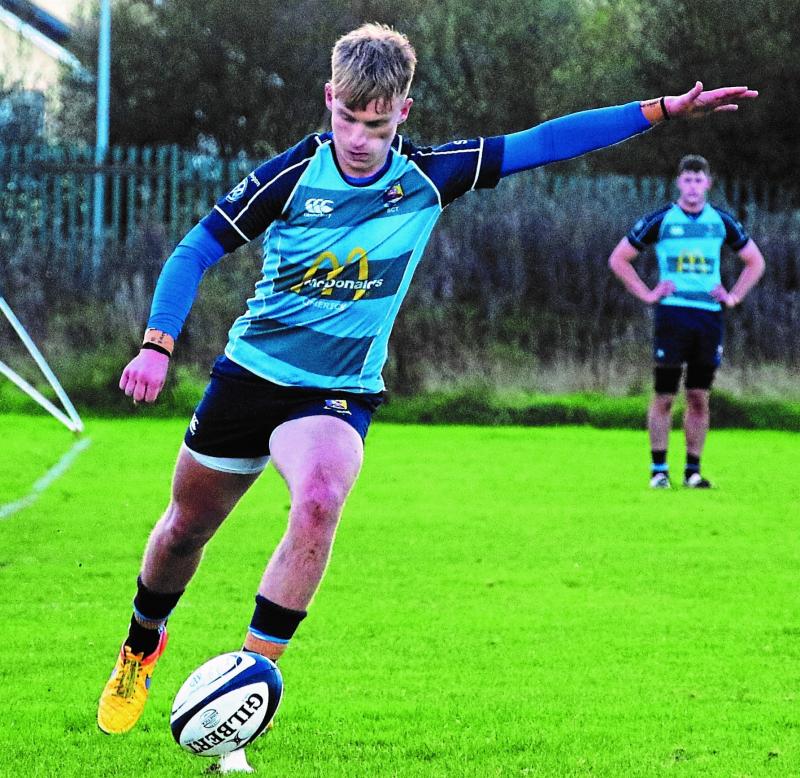 Gavin Rowsome, of Castletroy College, who kicked two penalties in their Munster Schools Senior Cup group fixture with PBC, of Cork, on Wednesday

CASTLETROY College suffered a narrow defeat to PBC, of Cork, in their latest Munster Schools Senior Cup Group B fixture played in Wilton on Wednesday afternoon.

A tenacious Castletroy side led the game 11-10 early in the second half, before Pres' ultimately hit back with a converted try to score a hard fought 17-11 success.

PBC got off to the best possible start when a converted try in the sixth minute saw them jump into an early 7-0 lead.

To their credit, resilient Castletroy hit back strongly and two penalty goals from out-half Gavin Rowsome reduced the home side's lead to a single point at 7-6.

Pres' replied with a penalty for a 10-6 lead at half-time, before Castletroy hit the front in the 40th minute with a try from Lee White.

However, Pres' secured their six-point win in the Group B fixture thanks to a converted try in the 50th minute of a keenly-contested game.

Elsewhere, in Group B on Wednesday afternoon, Glenstal Abbey School suffered a narrow 7-0 defeat to Bandon Grammar School in their closely fought contest in Bandon.

In the final round of Group B fixtures on November 24, Árdscoil Rís host Bandon Grammar School, while Glenstal Abbey entertain PBC.