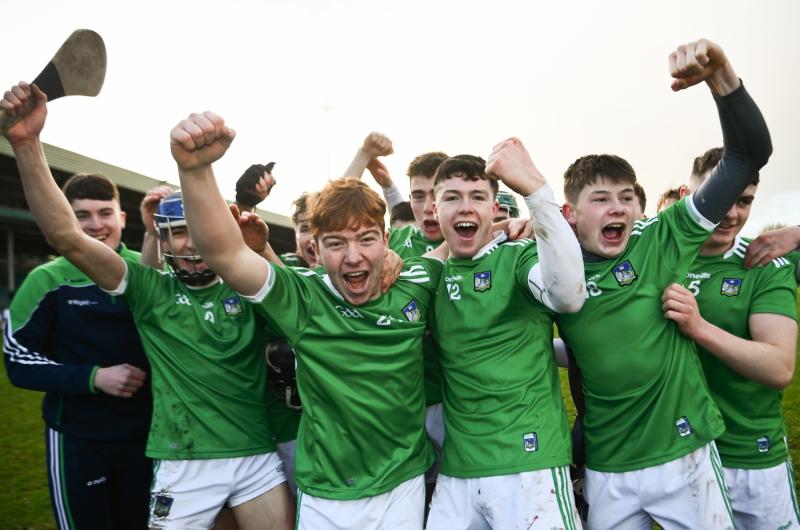 Due to Covid-19 restrictions this November 14 event in the Woodlands House Hotel is the first opportunity for the provincial champions to receive their winning medals.

The panel of 34 players from 19 different clubs and their management team will be feted for winning Limerick’s ninth Munster MHC title.

The winners medals will be presented by Munster GAA chairman Liam Lenihan.

Limerick had beaten Cork in the semi final a week previous.

The resulting All-Ireland MHC semi final wasn’t play until July 2021 – Galway were 4-18 to 0-15 enroute to completing their four-in-a-row of national crowns.

The 2020 Munster MHC win saw Limerick made it back-to-back provincial minor titles, in what was a seventh final appearance in eight years.

The 2020 Limerick manager was Diarmuid Mullins (Mungret) and he had Andrew O'Shaughnessy (Kilmallock), Tommy Quaid (Effin) and Ger Barry (Killeedy) as his coach-selectors.

The side was captained by Doon’s Adam English with Monaleen’s Ronan Lyons as vice-captain.

In January 2021, goalkeeper Tomas Lynch was honoured with the Munster Electric Ireland Special Recognition Award for his work as a mentor and coach to the students of Doon CBS. In March 2021, Adam English was honoured as the 2020 Munster Minor Hurler of the Year. In July, three Limerick players were selected on the Electric Ireland Minor Hurling Team of the Year for 2020. In goals was Lynch, while English and Shane O'Brien were both in attack