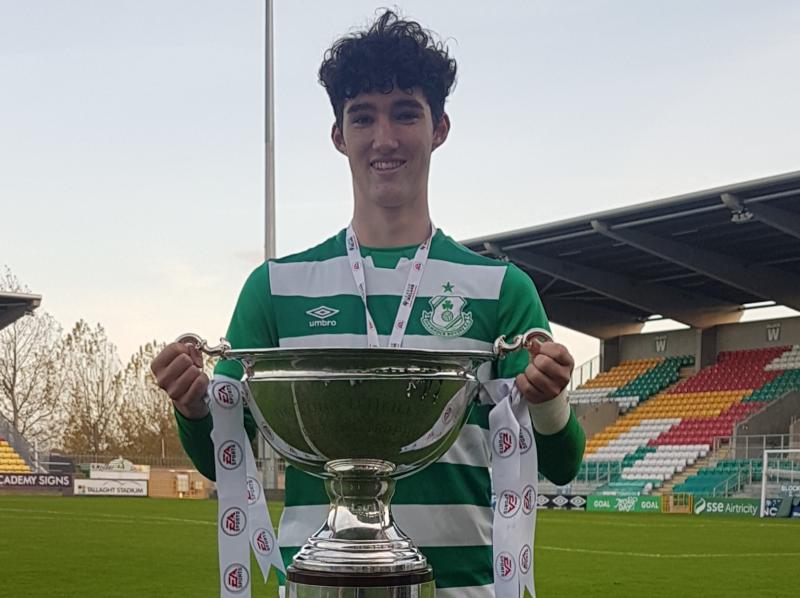 On Thursday night last, Ryan lined out at left wing back as Rovers' U-19 side won a tense top-of-the-table clash away to Dublin rivals St Patrick’s Athletic on a 3-2 scoreline.

Rep of Ireland underage international Ryan was fouled for the free-kick which led to the game's opening goal, after he beat two opponents before being brought down.

Shamrock Rovers U17s had won their league in the penultimate game of their campaign the previous weekend, so the Limerick teenager sat out their final game last Saturday, after which he collected his first Airtricity League winners' medal.

On Sunday, he returned to action for the Hoops' U19 side. Having started the day leading the league on goal difference, Rovers clinched the title with a 2-1 win over Sligo Rovers at Tallaght Stadium.

Two of John’s surging runs created the openings for two of the Hoops' first half goals. This double success is particularly sweet considering that Ryan lost all three League of Ireland underage finals that he contested in the past two seasons and considering that a hand injury sustained at a Rep of Ireland U18 training camp in July kept him out of action for two months.

Indeed he could have added further honours as the Rovers U19s lost to eventual winners Derry City on penalties after a 1-1 draw in their EA Sports U19 Enda McGuill Cup quarter-final. Ryan scored a superb equaliser for Rovers in extra time against the Jim McGuinness-managed Derry side.

Following this busy spell of club action, on Monday he joined up with the Rep of Ireland U-18 squad to travel to Spain for double header of international games against Sweden.

The former Aisling Annacotty and St Kevin’s Boys player is a past pupil of Milford NS, Castletroy Gaelscoil and Castletroy College. He also previously played GAA with Ballybricken and Monaleen clubs.

He is now based in Dublin where he attends Ashfield College in Dundrum as a Shamrock Rovers academy scholar.