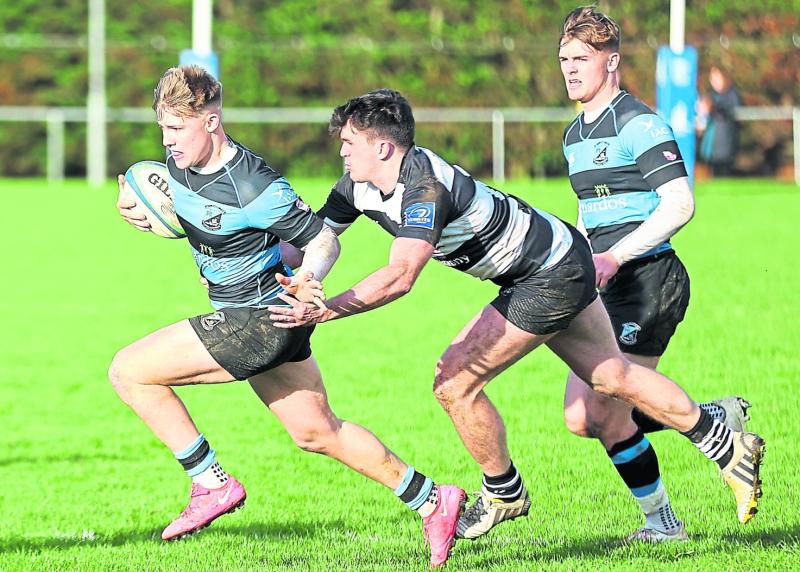 There is an unfortunate clash of fixture as Saturday's AIL games overlap with Ireland's opening autumn international meeting with Japan at the Aviva Statdium which is due to kick-off at 1pm.

Among the highlights of this Saturday's fixtures in Division 1A is the meeting of table toppers Garryowen and great rivals Cork Constitution at Dooradoyle, kick-off 3pm.

Garryowen have won each of their opening four league fixtures, easing past Ballynahinch 27-22 on Saturday in their latest fixture, thanks to a powerful first half display.

The Light Blues enjoy a one-point advantage over second-placed Clontarf in the top flight table. Saturday's opponents Cork Constitution scored their first win of the campaign when seeing off Dublin University at Temple Hill on Saturday last.

Young Munster, who sit in third place in the 1A table, are just two points adrift of local rivals Garryowen. Munsters', who have also won each of their first four league games, face a trip to Cork this Saturday to take on basement side UCC at the Mardyke.

Munsters' will travel South in confident mood following their impressive 24-20 win over Lansdowne on the main pitch at the Aviva Stadium last Saturday when the in-form winger Conor Hayes grabbed a hat-trick of tries. Saturday's opponents UCC are yet to score a league win this season.

Meanwhile, in Division 1B, fourth-placed Shannon will be looking to build on their impressive 32-10 bonus point win over Old Belvedere last weekend when hosting St Mary's College on the back pitch at Thomond Park.
Shannon currently edge Mary's for fourth place in the table by virtue of their superior points difference. The Parish side were propelled to victory over Belvo' thanks to 22 points from out-half Jake Flannery.

In Division 2A this weekend, both Limerick sides, UL-Bohs and Old Crescent will be anxious to get back to winning ways. UL-Bohs in ninth place, travel to third-placed Buccaneers, while bottom side Old Crescent, still looking for their first win of the campaign, host Munster rivals Dolphin.

UL-Bohs lost out to local rivals Nenagh Ormond on Friday night, while Crescent succumbed 34-20 at home to Buccaneers.

In Division 2C, Bruff, who currently sit in ninth place in the table, face a crucial home fixture against City of Derry.
Bruff suffered a 28-15 defeat to Midleton in their most recent league fixture.