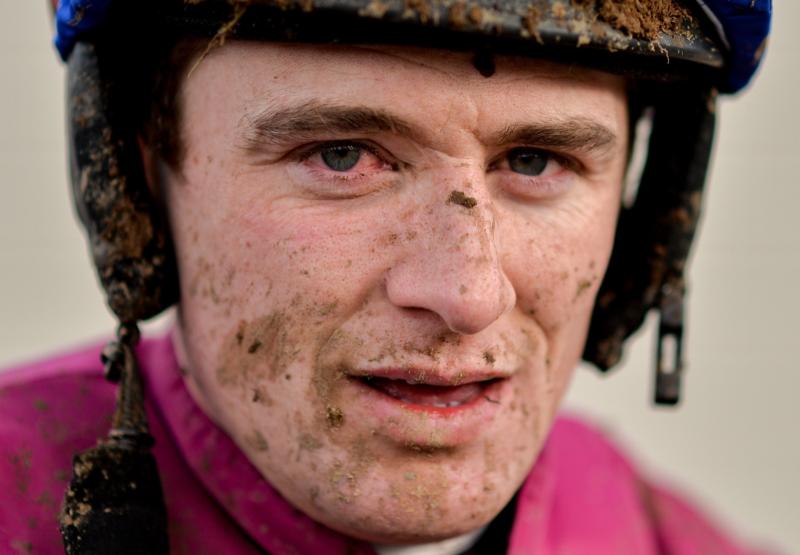 Talented Castlemahon jockey Enright has now ridden a winner at every Irish racecourse after partnering Hell Left Loose to success in the Melbourne 10 Sorry We Can’t Be There This Year Handicap for trainer Denis Hogan.

Enright was seen to good effect in the saddle when guiding his mount home to a neck success at odds of 10/1.

Afterwards Enright said: “That's a big one for me as I've rode a winner at every track in Ireland now.

“I'm delighted. It's only a small thing but a big thing for me as it's something I wanted to do, so it's important.”

Mark Enright started out as an apprentice jockey on the Flat and rode his first winner on the Stephen Nolan-trained Doorock at Tipperary on August 9th, 2009.

He rode nine winners before switching to the National Hunt game and as a conditional rider gained his first success when partnering Thynetocatcher to win the Listed ITBA Fillies Scheme EBF Pro/Am Flat Race at Navan in November, 2011.

Mark enjoyed a steady stream of success and hit the big time in 2018 when winning the €100,000 Coral Hurdle at the inaugural Dublin Racing Festival on the Charles Byrnes-trained Off You Go.

And it got better for the Limerick man who landed his biggest success when the Gordon Elliott-trained Clarcam won the €250,000 thetote.com Galway Plate at Galway on Wednesday, August 1, 2018.

Enright is now back riding on the flat.

"It's only a small thing, but it meant a lot to me."@Markfishenright has now ridden a winner at every track in Ireland following his win aboard Hell Left Loose at Laytown this afternoon - many congratulations to Mark pic.twitter.com/WJsi3y72pW