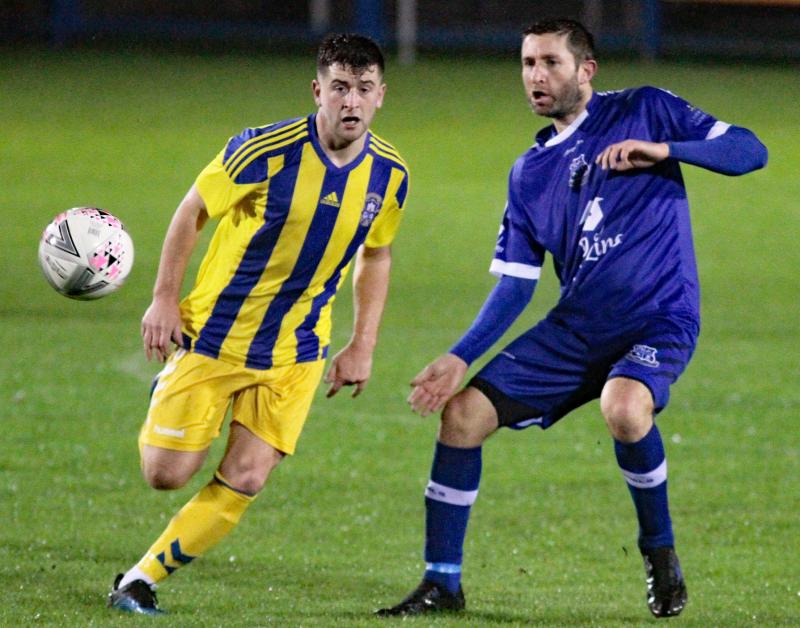 FAIRVIEW Rangers moved into joint second place in the Premier League following a 4-1 win over Ballynanty Rvs at the Fairgreen on Saturday evening.

The sides were level at 1-1 at the break with little between the sides.

Once Mike O’Gorman poked Fairview in front on the hour mark, the Balla' challenge faded and Fairview ran out comfortable winners in the end.

A constant downpour did not help the standard of play on offer particularly in the opening half when the home side were guilty of some sloppy passes. A huge improvement in the second half was enough to secure the three points.

Fairview opened the scoring with thanks to a little good fortune as Adrian Power’s attempts to clear his lines struck Steven Bradley, making his return to action, and rebounded past Jamie Stewart and over the line.

As one expects, Balla' fought back and got their reward when Aidan Hurley headed home powerfully from Power’s free kick.
Balla started the second half well and were looking the hungrier side but on a quick breakaway

AJ Moloney’s ball across the face of goal was poked in at the front post by Mike O’Gorman.

It was 3-1 when Martin Deedy put Conor Coughlan inside his marker and the tricky winger cut infield to fire past Stewart.

Coughlan saved the best wine until last, when minutes later, he latched onto David Hannon’s clever back heel and fired a beauty from 25 yards to the roof of the net.