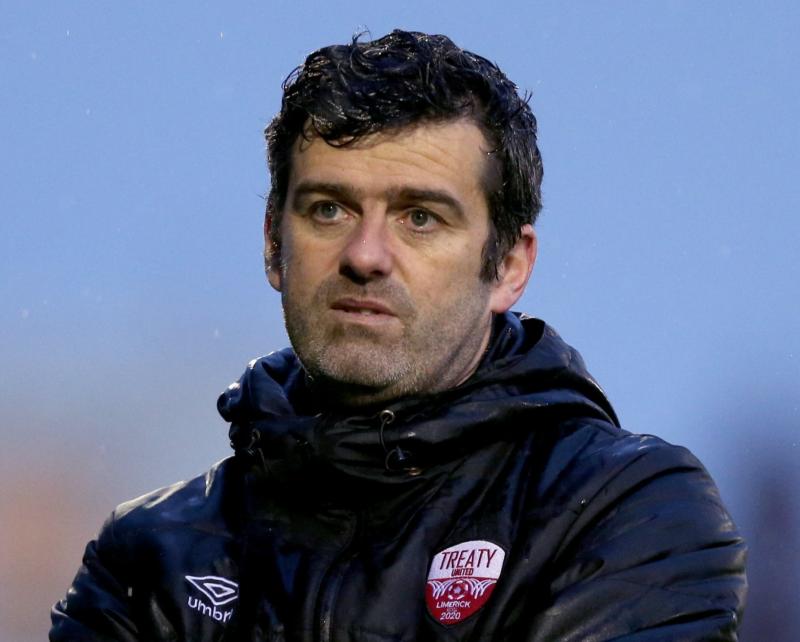 Treaty, who were short a number of first team regulars for the game, were undone by a brace of goals from UCDs Liam Kerrigan, one in either half.

In between, Dean George had equalised for Treaty United in the 50th minute of the rescheduled fixture.

Both Treaty Utd and UCD had already qualified for the First Division promotion play-offs prior to kick-off. Treaty will complete their programme of regular season fixtures in the First Division on Friday night next with another trip to Dublin, this time to take on Cabinteely at Stradbrook.

Treaty were minus the services of Jack Lynch, Sean McSweeney, Clyde O'Connell, Kieran Hanlon and Matt McKevitt for Friday night's game at UCD due to injury.

Manager Tommy Barrett will hope the quintet of players will be available for the play-offs at the start of next month.

Treaty United will now face either UCD or Galway United in the promotion play-offs. Fourth-placed Treaty enjoy a two-point lead over fifth-placed Bray Wanderers, who have also qualified for the play-offs. Bray travel to Wexford for their final regular season game next Friday.

If Bray leapfrop Treaty in the table after Friday night's final series of games, then Tommy Barrett's charges would face Galway United in a two-legged play-off, the first leg again taking place at the Markets Field.