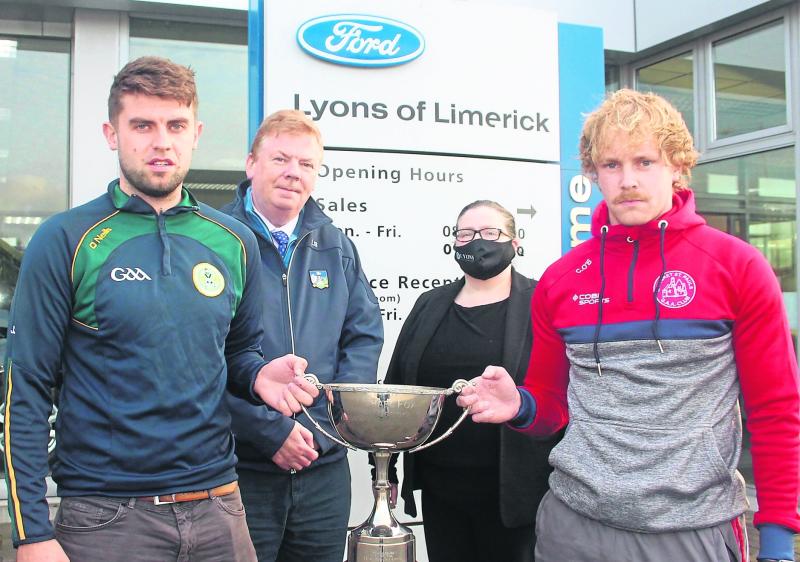 A NEW name will join the Premier Intermediate Hurling Championship roll of honour this Sunday when Cappamore and Mungret St Paul's meet in the 2021 final.

The Lyons of Limerick sponsored tier two club hurling championship is the curtain-raiser in the TUS Gaelic Grounds on Sunday at 1.30.

The winner will be promoted up to the senior hurling ranks next season and play in Section B alongside, South Liberties, Ballybrown, Kildimo-Pallaskenry, Garryspillane and Blackrock.

The winner will also represent Limerick in the Munster club IHC - playing against the Cork champions in the provincial semi final on December 11/12.

This is the eighth year of the Premier IHC in Limerick and both Cappamore and Mungret have suffered final defeats - Cappamore back in 2016 to Monaleen and Mungret 12-months ago against Kildimo-Pallaskenry.

Cappamore did go up senior in 2016 - the last year when two were promoted/relegated. The east Limerick side stayed two years in the top flight.

Mungret are bidding to return up senior for the first time since 1989. Both have collected silverware in recent seasons. Cappamore won the 2011 JAHC and then followed up with the 2015 IHC before promotion up senior the following year.

The men in green and gold are now back hunting for a return to the top flight with plenty fresh faces on board. Mungret were 2016 IHC winners - a year after Cappamore. The finalists already met in this championship - back on September 11 in the group phase Mungret were 1-18 to 2-13 winners.

They also met in the group stages last year and finished in a draw. Meeting prior to that were back in the IHC - Cappamore semi final winners in 2015 enroute to the title. That semi final overturned the result of a game between the sides this season in the group phase.

Indeed this is the seventh meeting in the championship across the last 10 years and neither side has put back-to-back wins.
Adding to the intrigue of this final, Mungret are managed and coached by Cappamore native Liam Cronin.

Cronin made his coaching name with Ardscoil Ris and has been a coach with the Clare and Dublin senior hurling teams in recent years. Cappamore are managed by Cronin’s former club-mate Declan Deere.