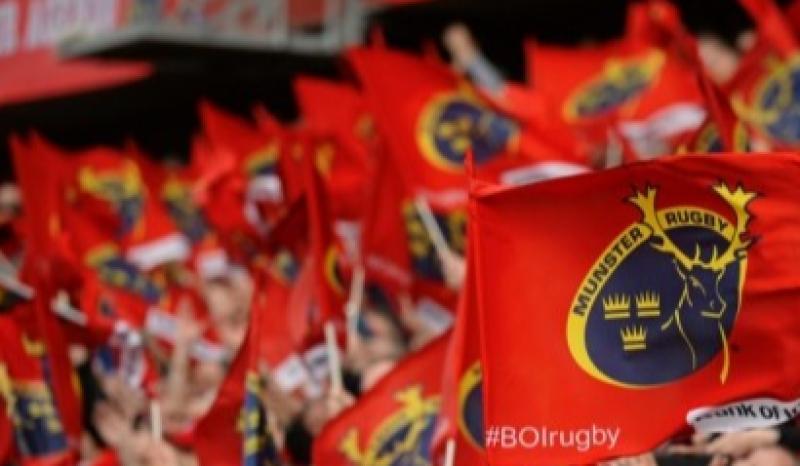 MUNSTER Rugby has confirmed that there is currently a severe shortage of active referees in the province which is having a detrimental impact on the ability to stage games at all levels.

With the season now up and running after a prolonged absence due to the restrictions associated with the Covid-19 pandemic, the number of active referees returning to the game has diminished.

On average, 200 games take place on a weekly basis across the province and with only approximately 80 active referees, this has put an acute strain on the province’s officiating resources.

In a post on the Munster Rugby website the province says the role of referees in our sport is crucial and as such, Munster Rugby implores those involved in the game in any capacity to consider volunteering as a referee.

There are different options open for people to become referees:

Those who are affiliated with a club or a school can undertake the IRFU Affiliate Referee Course. Once completed, you will be able to referee age-grade games at your club or school. This eases the demand on branch referees.

We’d encourage those who have stepped away from refereeing in recent years to reconsider this decision if possible. Ex-referees can contact the Munster Association of Referees’ (MAR) Honorary Secretary Martin Ryan marhonsec@mar.ie for re-registration purposes, a process that will be expedited.

The province’s Rugby Committee has commissioned a working group which will focus on increasing the number of active referees in the province.

Munster Rugby have been buoyed by the strong levels of participation, particularly at underage level, since most restrictions associated with the pandemic were lifted.

Head of Rugby Development Colm McMahon says it’s of vital importance that the province has the required number of active referees to maintain and facilitate the growth of the sport in the province now and in the years to come.

“It has been a huge boost to everyone involved in the game to see matches return at all levels throughout the province in recent weeks, particularly for the countless number of volunteers whose tireless work throughout the pandemic ensured we could hit the ground running,” McMahon said.

“However, we need more referees who are active on a regular basis to officiate on the various matches which take place throughout the province, particularly at age-grade level.

“Refereeing is a great way to get involved in the sport if playing is not an option. Keeping fit and making new friends are just some of the benefits to refereeing and I would encourage anyone interested in taking it up to contact their club or the MAR.”